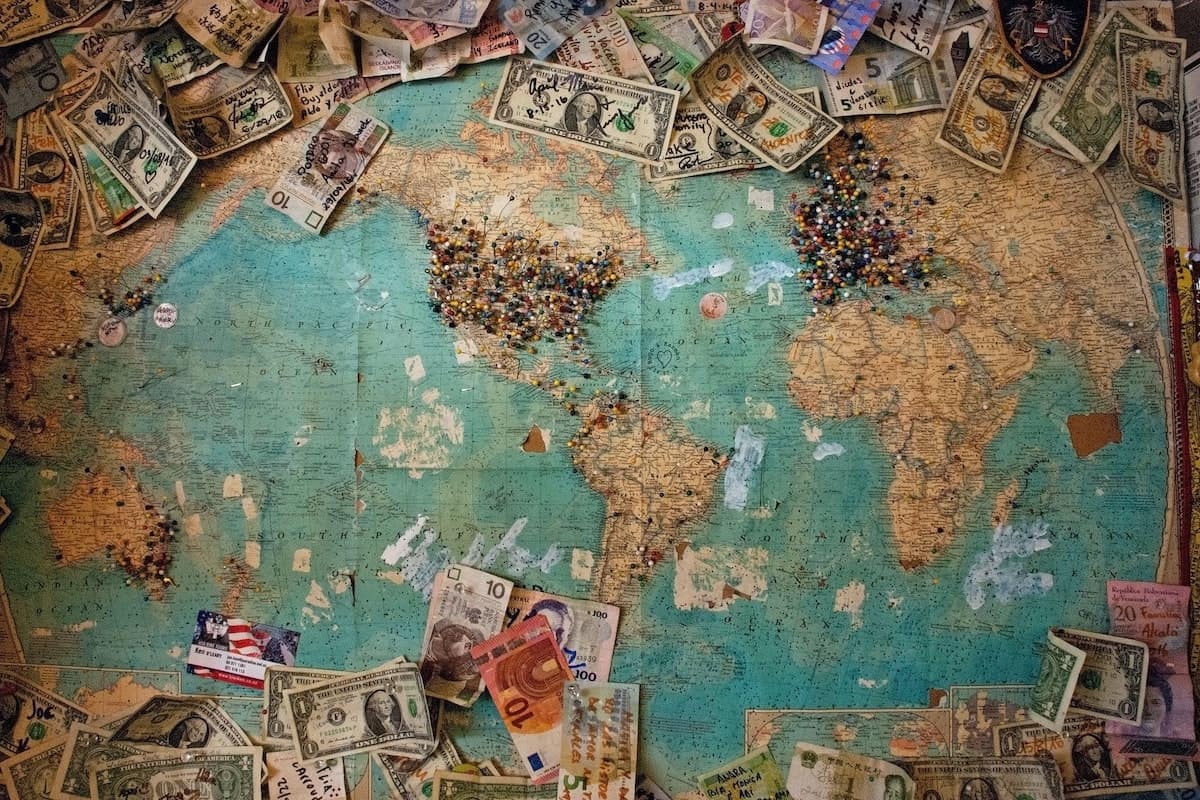 Your Salary After Coding Bootcamp: How Much Can You Earn?

Coding bootcamps offer exciting learning opportunities that open lots of new career paths in the tech industry. You can enter the tech field and earn a starting salary in the mid-to-high five figures after a matter of months, all without needing to get a college degree. But how many full-time roles are there for software development bootcamp graduates?

We’ve researched the outcomes of several bootcamp programs that give inexperienced coders the technical skills they need to land a new job. By the end of this article, you should have a good idea of how highly potential employers value bootcamp graduates and the ways you can claim a full-time job opportunity for yourself after graduation.

Many bootcamps report that their graduates earn an average salary increase of at least $20,000. Many bootcamps have their outcomes verified by the Council for Integrity in Results Reporting (CIRR), an independent organization that uses its own process to give prospective students an idea of expectations.

TechElevator’s latest report, for example, shows that 89.1 percent of its Columbus graduates are employed as software developers within 180 days of completing the program. The median salary for these developers is $55,000. Graduates from TechElevator’s Cincinnati campus have an 82.4 percent employment rate but a median income of $58,000.

How Much Do Coding Bootcamp Graduates Make?

Most coding bootcamp graduates go on to become web developers or software developers. Web developers make an average salary of $77,200 and the average software developer earns $110,140, according to the Bureau of Labor Statistics (BLS). These median salaries are based on all earnings data, from the lowest entry-level salaries to the highest-earning professionals.

As you gain more experience and spend more time honing your craft in the field, you’ll have increased access to higher-paying tech roles.

How Much Do Coding Bootcamp Graduates Earn in Their First Jobs?

The average starting salary for a bootcamp graduate’s first job ranges from around $50,687 to about $63,460. These numbers are based on PayScale’s salary estimates for entry-level web developers and entry-level software developers, respectively.

There are also bootcamps for aspiring data analysts and prospective cyber security professionals. If you attend one of these bootcamps, the latest PayScale data suggests you can expect to earn about $56,383 or approximately $63,139 in your first job.

In general, your salary after graduation will depend on where you attend your bootcamp program and start your job search, but you should be able to cover your cost of living thanks to the competitive job market in the software industry.

How Much Do Bootcamp Grads with a Few Years of Experience Make?

The longer you spend in full-time positions, the more you’ll move up, but there are also other ways to increase your earning potential.

What Factors Impact the Salary Potential of Coders?

Your salary level after graduating from a coding bootcamp depends on your location, education level, and the quality of the coding bootcamp you attended. College graduates may find it easier in general to find a job, but the vast majority of bootcamp grads should be able to find good jobs and save thousands of dollars in the process.

You’ll earn more money working as a software engineer in San Francisco than you will in Davenport, Iowa. If you’re looking for jobs all over the country, a cost of living calculator can help you determine the true spending power of your potential salary.

Some jobs require a college degree. It’s worth applying for any job that you feel fits your needs, but a college education can be a barrier to entry standing between you and many high-quality career opportunities. Especially as you move up the ladder, many organizations prefer senior software engineers and other managerial candidates to have some form of college education.

Field of Study and Specific Skills

Different fields and different programming languages can affect your salary potential. Machine learning experts have more earning potential than product managers, at least upon graduation. Upwork has calculated that Objective-C is the best option among the highest-paying programming languages for freelancers to learn.

Quality of the Coding Bootcamp

All coding bootcamp programs aren’t created equal. Some have world-class instruction along with an employer network that includes several highly-regarded tech companies. They also include job-hunting training with career coaches, mock interviews, and networking opportunities that will open up plenty of programming jobs.

Other programs may leave you in the dark after the admissions process with just a few basic lessons. It’s important to read coding bootcamp reviews you find interesting to ensure the bootcamp you want to attend will prepare you for success.

How Much Does a Coding Bootcamp Cost?

Coding bootcamps have a median cost of around $13,500, according to an RTI Press report published in 2019. You can generally cover the cost of tuition at a bootcamp with a number of payment options, including flexible payment plans, loans, and deferred tuition.

A popular type of deferred tuition is an income share agreement (ISA), where you pay nothing during the bootcamp and then pay a fixed percentage of your pre-tax salary once you clear a minimum income threshold. This payment structure is one of many ways that several top bootcamps ensure that low-income students don’t get left out of tech’s booming job market.

Though the factors listed above will affect your earning potential, there are also several things that you can do to boost your chances of earning a high salary. You can master the interview process, commit to studying hard, apply often, and be flexible.

Technical interviews are designed to get a sense of your thought process and ensure you know how to work efficiently. You’ll need to work on the soft skills that make you an attractive candidate, while also ensuring you have strong technical skills. You can gain experience and build discipline through freelance projects while getting paid by different stakeholders.

During your coding bootcamp, you’re not only learning how to complete your eventual capstone project, but you’re also making an impression on your instructors. The computer science principles you learn are key for landing entry-level positions, but the school’s impression of your level of effort may determine the opportunities they feel like you’re qualified for.

These schools maintain their results with strong employer partnerships, and for these relationships to stay strong, they have to send great candidates to the employers that fit their company culture. If you work hard, you’ll become a great programmer while opening up more potentially lucrative coding opportunities.

Programming languages change constantly, and you have to stay on top of those changes to stay relevant in the tech job market. You can also learn in-demand skills to add value to your resume for job recruiters. If you attended a front end web development bootcamp for example, you can learn backend languages on your own time to become a full stack developer.

It’s important to apply to as many jobs as you can after receiving a bootcamp education. You’ll get experience with real interviews at real companies, which will make the big interviews easier when they come.

As we discussed earlier, cities with an established tech culture come with higher salaries. You’ll have a skill set that’s employable all over the world after graduating from a coding bootcamp. By being flexible about where you work, you can take advantage of every opportunity that comes along instead of limiting yourself to what’s in your backyard.

How Likely Is It to Land a Well-Paying Job After a Bootcamp?

It’s likely you’ll land a high-paying job after graduating from a coding bootcamp, as long as you attend a high-quality bootcamp. The job placement rate of a coding bootcamp tells you what to expect within around six months of graduation.

For example, Flatiron School had an 86 percent job placement rate in 2020, according to its jobs report. Of those who secured jobs, the median starting salary was just under $75,000, which is even higher than the bootcamps we mentioned earlier. The best bootcamps give you at least a 50 percent chance of landing a solid job after you graduate.

In Which Cities Do Coding Bootcamp Grads Earn the Most?

Seattle has the highest salaries for software developers, according to PayScale. If you’re a web developer, Washington, D.C. is your best option. For data analysts, San Francisco is the highest-paying city. Cyber security analysts in New York City earn the best pay rate.

PayScale uses job listings to compile its numbers in real-time, so the salary expectation can change over time, but most of these cities pay at least 25 percent more for these positions than the national average. Seattle is home to Microsoft, and San Francisco is a massive tech hub. But remember to factor in living costs before deciding which opportunity is best for you.

Can you really get a job after a coding bootcamp?


Yes. There are several positions in tech’s booming job market that are happy to hire coding bootcamp grads. Plus, many bootcamps have relationships with companies that fast-track grads straight into solid positions and offer career services.

Do coding bootcamps pay you?


Most of the time they don’t pay students. However, some offer income share agreements with living stipends that can help you cover basic living costs while attending the bootcamp. Other bootcamps have built-in internship opportunities for students, some of which are paid.

How much money can you make from coding?


The average salary for many entry-level jobs in tech is between $50,000 and $70,000. However, the longer you spend in the field, and the more you learn after graduation, the higher your earning potential rises. Veteran coders can comfortably earn six figures.


Coding is definitely future-proof and jobs in tech won’t be dwindling anytime soon. These occupations will only rise in demand as the demand for digital services continues to rise. Though there is a potential for automation, there will always have to be someone making the final decisions during development at the micro and macro levels.