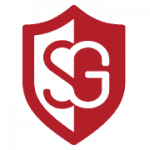 Amid the rising demand for coding bootcamps, Kentucky-based Software Guild has stepped in to offer many flexible courses online and offline. See our full review of The Software Guild bootcamps to find out if this coding school is right for you.

The school is noteworthy because of the effort it puts into creating bootcamps that are available to people of all ages and backgrounds.

What Is The Software Guild?

The Software Guild is a tech bootcamp for prospective software engineers. It offers programs to anyone interested in web development, data science, or other areas related to programming. Most of the school’s full-time bootcamps last 10 to 14 months.

If you want to study coding but don’t have 10 months to spare, you can sign up for one of the guild’s 12-week part-time bootcamps.

Is The Software Guild Worth It?

Yes, The Software Guild is worth it. If you are looking for an ideal alternative to a college degree that will practically guarantee you a job in the tech industry, Software Guild might be the right option.

Most tech companies don’t care if you have a college degree or went to a bootcamp, as long as you can get the job done. By attending a course at The Software Guild, you could become a full-stack developer within the year.

As stated above, this coding bootcamp focuses primarily on Java and NET/C#. These are popular programming languages, so studying them will give you a good chance of landing a job after graduation.

So far, at least 1,400 guild graduates have gone on to high-paying jobs. Up to 90 percent of all former students of The Software Guild had received a job offer within six months of graduation.

Does The Software Guild Offer a Job Guarantee?

No, it doesn’t. But even without a guarantee, most bootcamp graduates go on to work for major tech companies. Employers who have connections to The Software Guild are free to tap into the pool of recent graduates to recruit fresh talent.

How Much Does The Software Guild Cost?

Tuition at The Software Guild varies from $10,000 to $13,750 depending on the course. However, you might pay as little as $8,000 if you qualify for a scholarship. A one-time registration fee of $125 is required from all full-time students.

How to Pay for The Software Guild: Scholarships, and Loans Financing

There are many different payment options available at The Software Guild. You can make a payment up front, get scholarships, or apply for loans.

Ascent Funding gives out loans that allow guild students to either defer payments on their tuition until after they graduate, or to make interest-only payments while attending bootcamp.

The deferred payment plan will take effect three months after you have graduated. In paying back these loans, former students can choose whether to pay $400.94 per month for 36 months, or $274.11 per month for 60 months.

The Climb Credit is similar to Ascent Funding. It comes with an interest-only period and allows applicants 42 months to repay. Selecting an autopay option will reduce the interest rate on the loan by up to 25 percent. Most graduates pay around $365 to $398 per month with this plan.

The Software Guild offers introductory courses and more advanced courses for coders with experience. The main Software Guild courses are in Java or .NET/C#, two of the most in-demand programming languages.

It is difficult to learn new tech skills if you don’t know the basics of programming with Git, HTML, CSS, and JavaScript. So, The Software Guild expects its students to take several pre-courses before the real bootcamp begins.

Web development is a useful skill regardless of what industry you work in. Whether you want to work for a major tech company or start a career as a freelance developer, this four- to six-week course is a good place to start. It is also a prerequisite for The Software Guild’s higher-level courses.

Students in this course will learn how to create applications using the object-oriented programming language Java. This includes compiling features of an application into bytecode and running the programs on a Java virtual machine.

This bootcamp has two versions. The in-person program takes 12 weeks, while the online version can last up to 10 months, depending on the student’s availability.

Software Guild offers this course on the general-purpose programming language .NET/C#. This code can be used for a wide range of tasks, which makes it a highly sought after skill. Just like the guild’s Java class, the C# program can last either 12 weeks or 10 months.

What Is the Software Guild Schedule?

The Software Guild bootcamps offer flexible schedules. The school has created short- and long-term options to suit the needs of full-time workers who want to learn software development.

Most Software Guild students choose to attend courses online. Right now, due to Codiv-19, courses are only being offered online. C# and Java bootcamps start up often, with upcoming bootcamps beginning on February 19.

The part-time programs at the guild are self-paced, so students can space out the work as they see fit. Usually, this means taking many months to complete the same coursework that is packed into the full-time courses.

How to Get Accepted Into The Software Guild

The Software Guild is open to anyone. As long as you are interested in coding and are fine with the tuition rates, you should feel free to apply.

The acceptance rate at The Software Guild is 50 percent. People who complete its introductory web development course will have a much better chance of getting admitted than those who do not.

To join the Software Guild, all you need to do is complete the application process, then wait to see if you have been accepted.

During the interview, you can expect to be asked some basic questions about why you want to attend a Software Guild bootcamp. These questions should be easy to answer if you know what you want to get out of the course.

Is The Software Guild Right for You?

Based on The Software Guild review above, you should have an idea if these bootcamps are right for you. The school’s acceptance rate of 50 percent is higher than many other bootcamps, and most graduates seem to find success in their careers. Graduates reported starting salaries of $45,000 to $65,000 after completing their program.

The Software Guild’s flexible, online programs allow you to train at your own pace. And with the rising acceptance of bootcamps as a respectable form of tech education, you can expect to get hired in a reasonable timeframe.

There are many programming languages out there, serving a range of purposes. Unfortunately, there are so many options that it can be hard to decide where to start. But, if mobile application development is of particular interest to you, learning Swift should be on the top of your list. To find out more about how you can learn Swift, keep […]

Read More
Web Developer Salary Before and After Coding Bootcamps

Web development is a strong career path in the tech sector with a projected growth rate of 13 percent in the next decade, according to the US Bureau of Labor Statistics. If you are considering this line of work, you’re likely wondering how much a web developer earns in a year. Read on for answers to all your questions regarding […]

There is a huge demand for anyone who can seamlessly enhance a company’s technological infrastructure without disrupting the flow of business. Computer systems analyst, business systems analyst, and system analyst are all titles that describe this essential job role.  But how does one gain the specific forms of technical knowledge and skills required to qualify for a computer or business […]

The COVID-19 pandemic has highlighted the need for Citrix’s suite of virtualization and cloud computing solutions. As organizations transition to remote workplaces, we are seeing the massive potential of Citrix training. You should learn Citrix to boost your IT, problem-solving, and analytical skills for our era of increased digital connection. Citrix is already used by more than 400,000 organizations, so […]