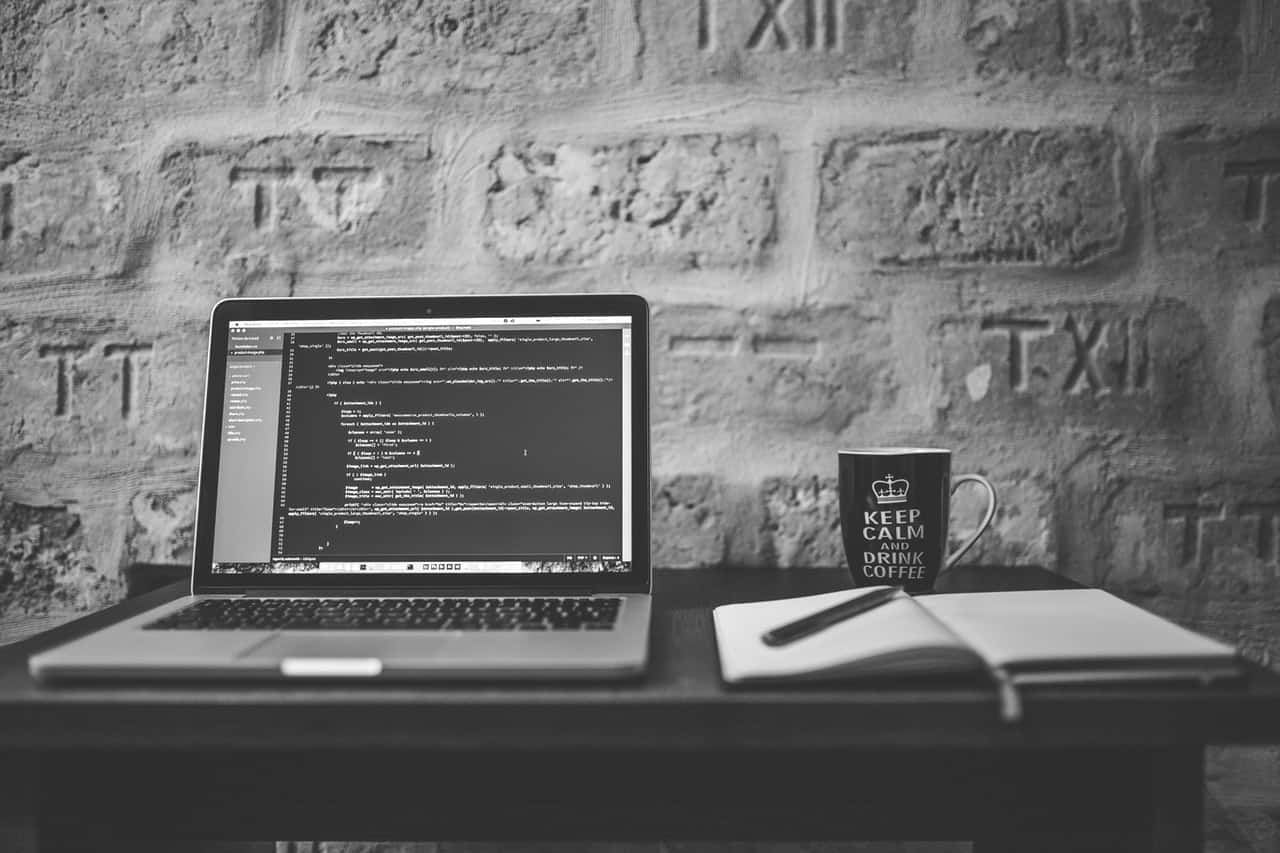 A Comprehensive List of Programming Languages and Their Uses

Computer science is an ever-evolving field and the prospects are seamless. It is present in every industry and organization and has a vital role in the world economy. However, computers, by themselves, are useless when not fed with instructions. This is where the need for a programming language arises.

What Is a Programming Language?

Most Popular Programming Languages and Their Uses

For instance, Java is one of the common go-to languages for backend developers while game developers usually opt for C++. To understand how each is distinct from one another, let’s take a look at several popular programming languages and the areas where they are used.

1. HTML. The Hypertext Markup Language or HTML is extensively used in web development. It was the first web development language to be created to structure the viewing page of any website.

This language can be called the foundation of web pages and is one of the most-used scripting languages. Little wonder why it’s been called the “backbone of the Internet.”

2. Python. Python is an open-source and purely object-oriented programming language that’s been gaining huge fanfare among tech professionals due to its scope and simplicity.

Indeed, Python has become the language of choice of data scientists and machine learning engineers alike due to its large host of libraries. Its popularity has also extended to backend web developers who prefer it for its easy syntax and libraries, such as Django.

3. Java. With its great support for cross-platform programming, Java is one of the most extensively used programming languages. We can use it for practically anything, from Android app development to server-side development. If you want to make a career as a software developer, you can start by attending one of the best Java bootcamps on the market.

4. JavaScript. This programming language is meant for web development. It helps enhance HTML and makes web pages more engaging and interactive. It allows web pages to have dynamic content and is the foundational language of web 2.0. Also, the infinite scrolling option in Google Maps? That’s because of JavaScript.

5. C. This language is regarded as the mother of all languages since all programming languages derive their semantics from it. It boasts speed and allows for low-level hardware control.

C is the language of choice for operating systems programming and compilers for different languages. It’s also used in various games, graphics, and applications related to calculations.


6. C++. This is a modified version of the C language that’s just as fast yet more secure and supports object-oriented programming. C++ is extensively used in machine learning, specifically for programming GPUs. It’s also used in the development of gaming engines and is popular among game developers.

7. C#: This popular language is used in web applications, local applications, and microservices. C# was developed and introduced in 2000 by Microsoft and shares great similarities with Java. This language is the standard in developing modern Windows apps.

8. PHP. It is primarily used to support HTML-based web programs or websites. PHP is considered to be one of the most important languages for web development and is also comparatively easy to learn.

9. Ruby. Ruby is a multi-purpose, high-level programming language and one of the most creative languages to work with. Ruby is mostly used by startups and small businesses for developing web applications. If you want to build applications from scratch, then this language is for you.

10. CSS (Cascading Style Sheets). Web designers and web developers use this language. If you are interested in making websites, then CSS is a must-learn language as it helps make your website more presentable and attractive. This language is an easy and quick way to learn web design.

What Are the Job Prospects of a Programmer?

Technology plays a great role in ensuring any organization operates smoothly. Due to its ever-expanding and dynamic nature, coders are seldom out of job opportunities. Below are several career paths that a programmer could venture.


1. Web Developer. Web developers are responsible for the design and the behind-the-scenes functionality of any website we see online. Depending on your concentration, you can either be a front end web developer, a back-end web developer, or a full stack developer.

Because having an online presence is critical to a business’ success nowadays, companies in almost every industry have begun hiring web developers. According to the Bureau of Labor Statistics, web developers earned $73,760 last year, on average.

You might be assigned to develop a specific part of an application or to test the quality and effectiveness of software products by finding bugs. This job requires a lot of patience and practice as you’ll be required to deliver high-priority tasks on tight deadlines. The most commonly used languages in this domain are Java, C#, and JavaScript.

3. Software Application Developer. Aside from being one of the most highly paid jobs in the coding sector, software application developers also enjoy increasing employment rates. As the title implies, his/her main job is to create mobile or web applications.

Besides coding proficiency, the role requires a knack for crunching numbers as well as excellent communication skills. The main programming languages used in this sector are Python, Java, and JavaScript.

4. Computer Systems Analyst. Computer system analysts work towards enhancing the productivity of computers by adding new software applications. They research new technologies and analyze the costs and benefits of such. As a computer analyst, you should be fluent in Java, Python, C, or C++.

How to Learn a Programming Language

1. Set a goal. You can start with any simple project where you create a small web page or design a simple app like a text editor. You can also design a simple game using gaming engines like the Unreal Engine. It would be best to choose what interests you, whether these are apps, games, or anything else.


2. Get the setup. After choosing your project, you need to choose an Integrated development environment. It can be as simple as a text editor, such as Notepad, or a complex IDE like the Pycharm.


3. Opt for a Course or Coding Bootcamp. Certifications are important as they validate your skills, knowledge, and experience. There are several online as well as offline courses available that certify developers. The Oracle certification for Java programmers, for instance, is a great choice for those who want to fortify their skills as a Java developer. You can find programs that focus on a specific language, such as C# coding bootcamps, as well as programs that tackle several languages as part of a wider discipline like web development or data science.

5. Bulk up on work experience. Once you’ve mastered a programming language, start searching for relevant internships and projects. These will help enhance your knowledge and put your skills into practice.

How Long Does It Take To Learn a Programming Language?

The amount of time required to learn a programming language directly depends on the difficulty of the language. If you start with an easy language like Python, learning can take you four to six months. In contrast, languages like Java and C can be mastered in a year or so.

Keep in mind that learning a programming language requires good practice and experimentation. The learning process never stops for a coder.

The more you practice and implement your knowledge in daily use, the better you become. One of the best ways to learn to code fast is to join a coding bootcamp. Demand for programmers is high. Thus, many companies directly recruit from these coding bootcamps.

Should You Learn a Programming Language?

Currently, there are more than 700 programming languages and growing. As more business and personal operations become technology-driven, the increasing importance of knowing how to spell and read code is more apparent than ever.

If you’re interested in expanding your language proficiency, why not go digital? Take your pick from the list of programming languages we provided above. Evaluate your interests and projects you want to work on and use these languages to turn these into reality.

In this guide to learn SEO, we will explore how you can master the skill and pursue a career as an SEO analyst.  When you Google something and see the search results, do you ever wonder why certain articles rise to the top? Why do certain websites always seem to get better rankings? All these questions have a simple answer: […]

Read More
A Guide to Sublime Text: Top Use Cases and Pro Tips

Sublime Text has become one of the best programming text editors in the tech industry for a good reason. If you know how to use Sublime Text, you can write, edit, share and debug your code online without ever integrating it into your computer.  If you are looking for Sublime Text tips that will help you make the best of […]

When we make decisions in our everyday lives, our brains go through certain processes to sort relevant information and recognize patterns. Artificial intelligence and deep learning work in the same way, processing and creating patterns in an outside source. Deep learning is how a computer learns algorithms, by using artificial neural networks that are inspired by the functions and structure […]

Malicious software and cyber attacks for commercial gain have become increasingly common and increasingly more sophisticated. Cyber criminals now typically use mobile devices and cloud services to gain illegal access to corporate networks. Due to this, many businesses have become interested in new trends in cyber security and measures they can take to reduce economic losses from cyber attacks. In […]