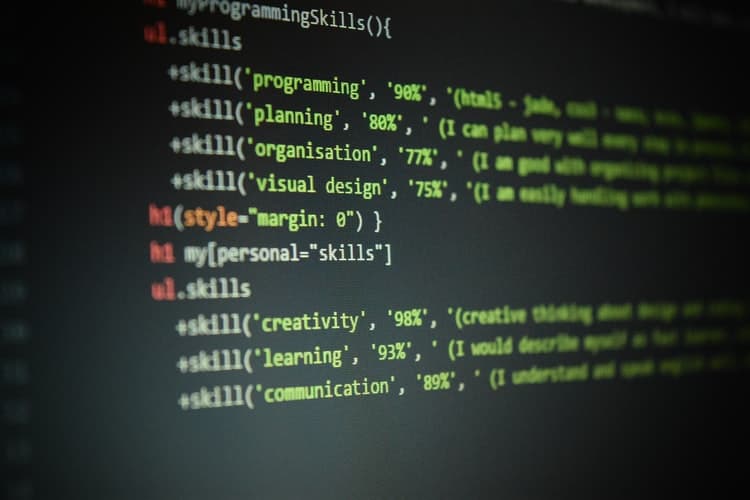 Is HTML a Programming Language?

Many people wonder if HTML is a programming language and if not, whether it is worth learning compared to other languages. HTML stands for Hypertext Markup Language. Created in 1990, HTML has been used to create web pages and inform browsers on how to handle the text located on a web page.

This article gives you important information on HTML, what the debate surrounding it involves, and whether HTML is a legitimate programming language. No matter what the case may be, HTML is still one of the best ways to get into coding and its simplicity makes it the reason why most coding bootcamps use it as the first language for new students to learn even when they have no experience with coding.

The Definition of a Programming Language

A programming language is a language that computer programmers use to create software, scripts, or other sets of instructions designed for computers to execute. Programming languages may share similarities, but they all have their own syntax and structure.

There are two types of programming languages. The high-level languages are those that allow developers to write programs in a syntax that is similar to human language. These are languages that are a bit easier to create instructions for computers. Then there are the low-level languages, which can be given to computers with the information needing to be translated first. These languages streamline and even quickens some processes, but coding them can be more difficult.

Many of the debates revolving around HTML is how it is a declarative language, compared to an imperative one. A declarative language doesn’t concern itself with the way in which a computer accomplishes its task, as long as the results are displayed. For example, HTML can be used to make the text on the screen italicized, but there is no set of instructions on how the text is made italicized.

On the other hand, imperative languages instruct computers on what they need to do and how it needs to be done. The set of instructions given to a computer is important, and depending on the language used to give the instructions, everything from the order to the way it is written determines how the command is executed.

This difference is initially what many think separates HTML from other programming languages. Due to its declarative nature, using HTML simply means that you tell your browser what you want to be displayed visually, but the way in which that display occurs is entirely up to the system. This takes away a lot of work on your part and largely automates the process.

A term commonly associated with HTML not being a programming language is Turing-complete. Being Turing-complete means that the code can be used to solve a computational problem.

Because HTML is declarative, it cannot be used to solve computational issues. There are also no programming aspects to it that are commonly found in other languages. There are no loops, variable classes, if-then statements, or other aspects of programming commonly found in other languages that make complex computations possible.

With an outside source, it may be possible to make HTML complete, but alone, it is unable to meet those requirements, which is why many developers declare it to not be a proper programming language.

Why Is HTML Useful?

Despite not being considered a proper programming language to a large number of software developers, HTML is still considered a powerful language. It is, in fact, one of the most useful and popular languages on the web today. Through HTML, instructions are provided to a browser, which allows images and text to be organized on a web page. In other words, if you produce a file with HTML markup in it, the browser will use those instructions to create the appearance of the page. This is a significant part of web design and development.

Whether it is a programming language or not, it is still vital for any developer to learn HTML and be prepared to use it when creating a web application.

Does Knowing HTML Make You a Programmer?

With a strong knowledge of HTML and CSS code, you can do a great deal as a web developer. Customizing and changing aspects of a web page is well within your abilities, but you may find yourself limited in what you can do. As mentioned before, HTML allows you to give instructions to a browser on how to display text, but you don’t explain the way the browser displays the text.

This difference is significant and it limits your ability to go beyond making the changes HTML allows you to make. If you want to find success as a programmer, it is recommended that you start to learn other, more proper languages, such as Python, JavaScript, and C#, and use them in conjunction with HTML.

Before tackling the question of why so many people choose to learn HTML first, let’s take a look at the way this language is structured so that we can familiarize ourselves with it a bit more. HTML consists of several key components, including elements. HTML elements are the building blocks of HTML pages and represent semantics or meaning. In essence, these elements tell the browser how to display the content. In general, these elements begin with a start tag (also known as an opening tag) and finish with an end tag (or closing tag).

In addition, HTML has attributes, which define additional characteristics or properties of the element, such as the width of an image. Common attributes that can be used with most HTML elements include id, title, class, and style.

Why Do People Learn HTML First?

Despite arguments against HTML being a programming language, many people who end up as professional coders learn HTML first. There are a number of reasons why this is the case, but one of the main reasons is its simplicity.

Coding is the process of giving a computer instruction in order to execute a task. Depending on the task, these instructions can be incredibly complicated and involve several hundred lines of code. HTML helps simplify and automate that process. The user doesn’t have to worry about creating such complex instructions and giving simple demands to a computer. It’s a great way to see how coding works and the way in which a language has an impact on how a computer displays information to the user.

Whether it is a programming language or not, HTML is an important part of anyone’s goal of becoming a programmer, especially if they want to become a web developer. If you are interested in finding a career in web development, several coding bootcamps are available that teach you HTML and how to utilize it in a tech career.

Find a top-rated
training program
Useful Resources
How Long Does It Take to Learn Python?

Python is one of the most important and popular coding languages to learn, but how long does it take to truly master it? Python is a simple programming language, but it is also one of the most valuable. Learning Python takes time, and the length of time can vary depending on the amount of effort you are willing to put […]

Web development events might just be what you need to ramp up your professional development. Many web development conferences out there are a valuable way to improve your skills, expand your network, and advance your career.  According to the Bureau of Labor Statistics, the job outlook for web development professionals will rise by 13 percent between 2020 and 2030. With […]

Austin, also known as “Silicon Hills” is the state capital of Texas. Austin earned the nickname “Silicon Hills” due to the presence of high-tech industries situated in the metropolitan area. “Hills” refers to the hilly terrain along the west of Austin. The city is known for its live music centered around country, blues and rock and is known as the […]

Canada’s Information and Communications Technologies (ICT) industry is steadily rising, with revenue reaching 230 billion Canadian dollars between 2017 and 2020. High-paying jobs are plentiful in this industry, so competition to reach the top of the field is fierce. Whether you’re a student or a professional, upskilling your coding abilities will allow you to keep up with current trends and […]