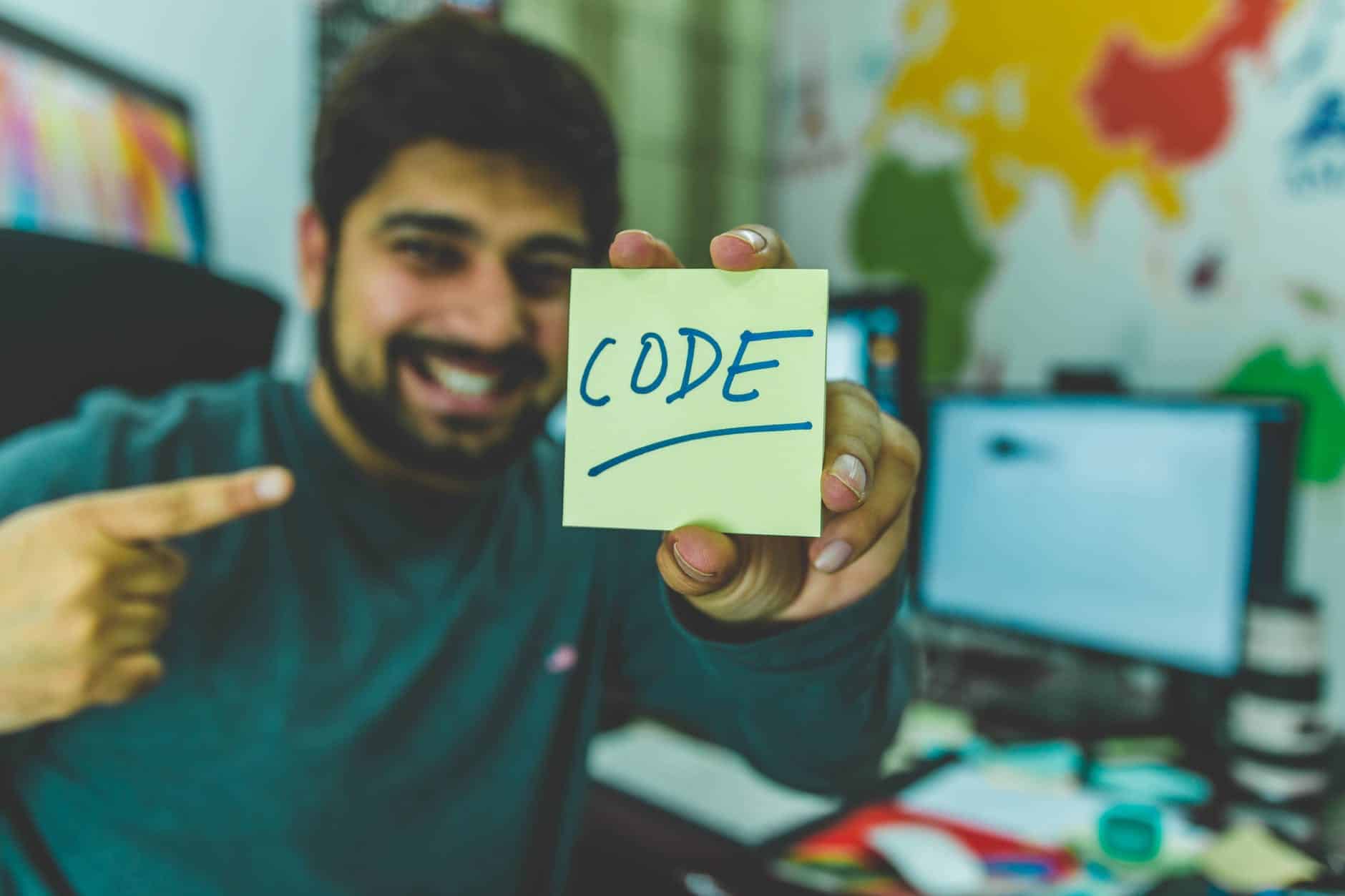 Is Coding Hard to Learn?

Choosing a new career path can be difficult, especially if it is in a field where you have no experience. When most people come across the idea of coding, they see confusing lines of code and immediately feel overwhelmed. If you are asking yourself, “is coding hard to learn?” There is one simple answer.

No. Coding isn’t hard to learn. With a little time, the right resources, and a lot of patience, anyone can learn to code. The most important thing is to be persistent and stick with it. If you do that, like with any new endeavor, you can excel and even find a new career as a programmer or product manager.

One of the biggest obstacles people who are new to coding face is trying to find the best way to do it. From books, apps, games, and so much more, there are numerous ways to code. This guide will help you with finding the right language, the right tools, and the right methods to make the process a bit easier.

Typically, programming languages are divided into two categories. High-level languages are more distant from the ones and zeros that make up machine language. These languages give up a certain level of control over the computer, but they are typically easier to understand. If you want to make apps, programs, even operating systems, odds are you will be using a high-level language to perform the task.

On the other hand, low-level languages are much closer to machine language. These languages give you more control over your computer hardware, they work better for optimization, and they take less time to process because they aren’t nearly as complex.

Choosing between high-level and low-level programming languages is the first step to learning to code. However, the distinction between these two levels can be difficult for people who are new to programming. It’s best to determine what you want to do with coding and then find a language that corresponds with that. Below is a list of programming languages and what they are most commonly used for.

There are dozens of programming languages out there and these are just a few. Multiple languages can be used for the same task. It’s best to find one that both works for you and can be used to achieve your programming goals.

Finding the Right Resources for Learning

Once you’ve chosen your programming language and what you’d like to use it for, the next step is learning how to code. This may sound like a difficult part, but this is where things get exciting. There are several resources that teach you how to code.

If you like working from your smartphone, multiple apps are available that will teach you how to go from a beginner programmer to an actual pro. Some of these apps even help you make projects as you learn, which means you could have a finished game or website while learning at the same time.

For people that prefer something more hands-on, there are several coding bootcamps out there that will teach you how to be a programmer over the course of several months. These bootcamps are sometimes difficult, but the knowledge you gain from them is invaluable. You can even start your career as a programmer after graduating from one.

Being a coder is all about problem-solving. Consider learning to code the first problem you have to solve to start your career in this industry.

It may take some time, lots of effort, and quite a bit of debugging, but once you’ve learned the language of your choice you can use it to create any number of programs and start going down a brand new career path.

Every time you view a website that shows you more than just static text on the page, you can assume that JavaScript is playing a part. By learning JavaScript, you can create everything from interactive maps to 2D and 3D graphics or pop-up videos.  This programming language is the framework that holds up most of the colorful, entertaining world of […]

In the year 2020, many people have become aware of their health. The health and beauty industry has capitalized on this by using digital marketing to boost business amid the pandemic. For example, people have been looking for exercise alternatives while they’re stuck inside due to lockdown. In this article, we will share with you some trends in digital marketing […]

Learning to code is one of the most popular ways to enter the tech world. With just a few lines of writing, a programmer can switch the functions of a program or operating system. This gives talented programmers considerable power—and it can also be a lot of fun. Coding helps you learn how programs run and how game development works. […]