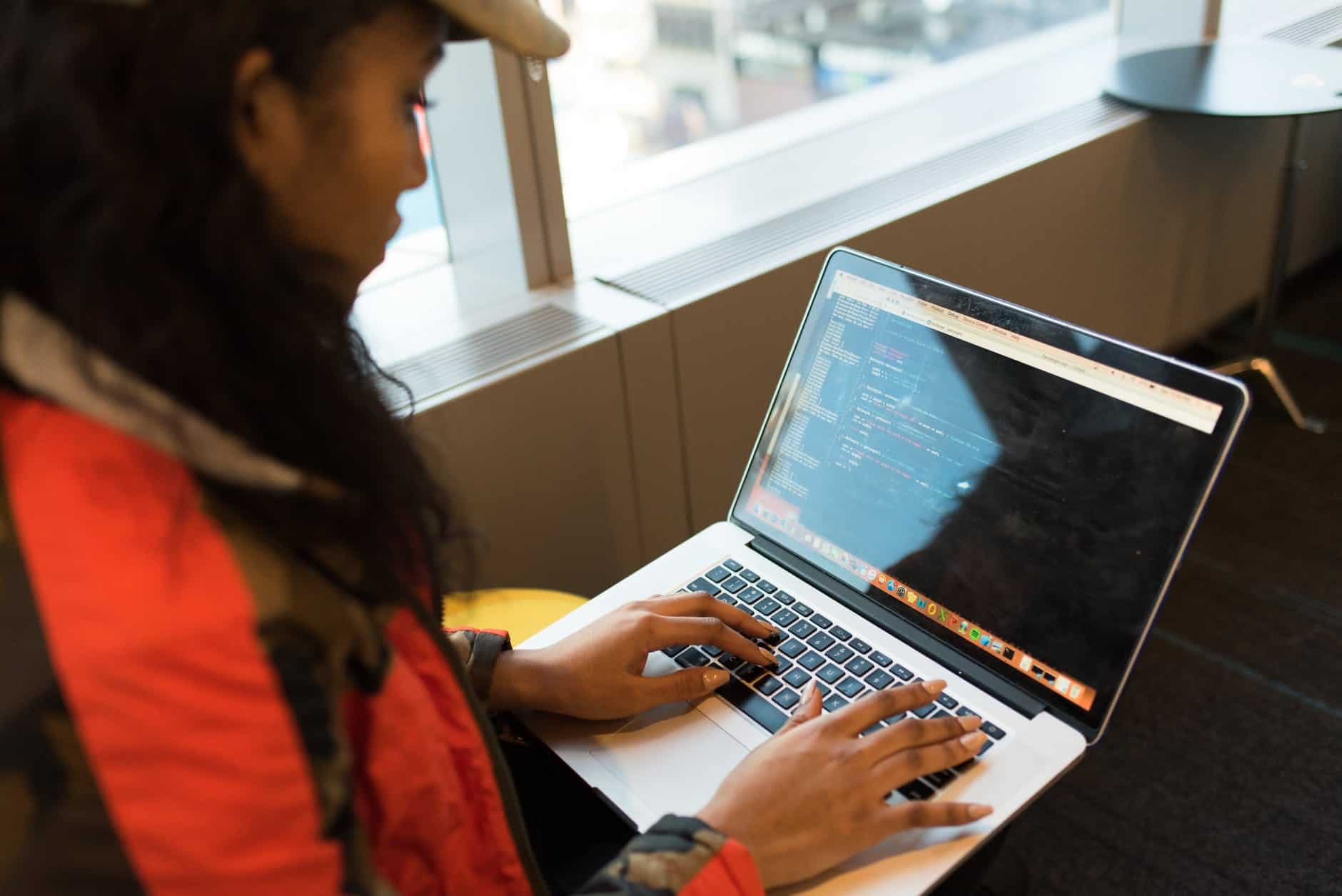 How to Become a Python Developer: Essential Skills, Steps, and Salaries

Python is arguably one of the most popular programming languages, and Python developers are among the most sought-after tech professionals today. In this article, we offer an exhaustive guide on how you can become a Python developer.

From the importance of the field to the courses and steps you’ll need to take to break into Python development, we explore all this and more.

There are several reasons to learn Python. One of the leading reasons is its popularity.

By association, Python is also the preferred language for data science. For both programming beginners and experts, Python has become the default language.

Why Is Python So Popular?

It’s because of these reasons that tech giants choose Python for software development. Among its avid users are Google, Netflix, Dropbox, Reddit, and social media platforms like Facebook and Instagram. Even the government agency NASA uses Python in creating innovative solutions.

Overall, Python is an excellent general-purpose programming language that, if mastered, is guaranteed to benefit you as you start a tech career.

What Does a Python Developer Do?

A day in the life of a Python developer includes a variety of tasks. These range from writing scalable and reliable Python codes to developing end-to-end applications and solutions.

To become a Python developer, you’ll need to develop an arsenal of competencies from technical skills to soft skills. Below are a few of the essential Python developer skills.

This is a given. Without programming skills, you can’t become a Python developer. As a Python developer, you’ll spend a lion’s share of your day writing effective and reusable Python codes. To do so, you’ll need to learn Python in its entirety.

These include knowing how to navigate the top Python libraries like TensorFlow, Numpy, Pandas, and Scikit-Learn. You also need to familiarize yourself with several Python frameworks such as Tornado, Flask, and Django.

As most developers say, learning to code is the same as learning how to derive a solution for any given problem. As a Python developer, it’s your responsibility to develop applications that meet the needs of your clients. This also includes troubleshooting applications and ridding them of any bugs or errors.

Having the ability to think critically and on your feet is, therefore, crucial to becoming an effective Python developer.

This is perhaps the most important yet least developed skill among developers in general. Since Python developers work on the end-to-end creation of solutions, collaborating with multiple teams is inevitable.

To facilitate understanding of project requirements, goals, and workflows among teams, you must be a competent communicator. You’ll also need strong communication skills when you report project outputs and features to relevant stakeholders.

How Much Does a Python Developer Make?

As with other jobs, Python developer salaries vary by experience, company, and geography. According to PayScale, Python developers earn $79,395 per year on average. This can go to as low as $51,000 or as high as $107,000, depending on your industry and company.

What if we consider the number of years you’ve been in the Python development field? The following data shows a breakdown of Python developer salaries by experience. The rates were taken from ZipRecruiter.

How To Become a Python Developer Roadmap

1. Learn the fundamentals of Python development

Most developers start their careers by building a strong programming foundation. You can explore multiple ways to hone your programming skills. For instance, you can follow online coding tutorials on YouTube or read books on Python.

Familiarize yourself with Python by learning basic commands. You should also learn how to use essential Python tools like the Jupyter Notebook and Python Debugger. After developing some basic skills, further your knowledge by moving to the second step.

2. Enroll in an online Python course

The great thing about taking this career path is that you don’t need to get a formal education to be good at it. A simple search on the Internet gives you a lot of online courses that can transform you from a complete beginner to an advanced Python programmer.

Learning platforms like Coursera, Udemy, LinkedIn Learning, and edX offer online Python courses that come in different formats, schedules, and curricula. If you need more guidance, you can choose an instructor-led program. Otherwise, you can take a self-paced course.

Because online coding courses vary in quality and content, be thorough when choosing which program to take. Read their respective curricula. Choose the one that will walk you through the essential programming concepts and theories while allowing you to work on exciting projects.

Practice makes progress. Reinforce your acquired skills and knowledge by working on personal projects. Start small and move to more complicated projects as you go. Below are some ideas for projects for Python beginners.

Building your personal projects will benefit you in two ways. First, doing so will boost your confidence as you become more familiar with Python development. Second, having a portfolio of projects will help increase your job prospects.

In the world of developers, it pays to have your projects on display. This is where your Github repository comes in. Add your projects to this platform along with a README file that lays out the purpose of your project, what it does, your methodology, and the Python libraries you used.

Consider your Github repository as your technical LinkedIn profile where employers can gain a deeper understanding of your programming skills and experience.

Networking is an important element when it comes to landing a job. On top of expanding your network, you also get to meet industry professionals who can potentially become your mentor. Join meetup groups for software programmers. You can also check out online forums like Stack Overflow to gain feedback on your projects or find opportunities for collaborative projects.

Working as a freelance Python developer is a great way to start your professional career. It gives you the experience you need while allowing you to choose your clients and be more in control of your workload.

Although some freelance projects pay low, they are a good addition to your Github repository and a great way to get noticed by potential clients or employers.

Attending a Python bootcamp is not a requirement to becoming a Python developer, but it is useful. Python bootcamps are a way to cover all the steps above and more in a short amount of time. In a coding bootcamp, you’ll gain access to immersive training designed to equip you with advanced-level technical knowledge and skills.

Bootcamp programs are generally taught by industry experts. They also include real-world projects that are either done in teams or independently. Both features allow you to get firsthand insight and experience on what it takes to become a Python developer.

By the end of the program, you’ll have a portfolio of projects that help demonstrate your software development skills. Most bootcamps also offer career services that help you polish your resume, LinkedIn profile, and job interview skills.

Check out this article on the best Python bootcamps to become a full-fledged Python developer.

Once you’ve crossed the items off this list, it’s time to start job hunting. Check out online listings for job openings on sites such as LinkedIn, Stack Overflow, or AngelList.

Why Should You Become a Python Developer?

If you’re looking to enter the tech industry, you should consider a career in Python development. Python beats many programming languages in simplicity, versatility, and popularity. It’s also the preferred language by several tech companies, such as Google and Facebook.

Specializing in Python development, therefore, makes you a relevant addition to almost any company in the industry. On top of that, Python is widely used by professionals like software engineers, data scientists, and even machine learning engineers. This makes it easier for you to switch careers if you have a change of heart down the line.

If you are worried about mastering the language, know that Python is one of the easiest programming languages to learn. There’s also a wealth of resources available online to help you further your technical knowledge. Consider enrolling in a coding bootcamp for a quick, cost-effective education.

If you’re looking for a great tech job in the Austin area, getting started may be a bit overwhelming. With so many great Austin tech companies, how do we distinguish which ones are the best to work for? Stick around for the breakdown of the best companies to work for in Austin. While underestimated in past years, Austin has grown […]

Read More
What is Procedural Programming?

You may be in your first tech job fresh out of a coding bootcamp or a university, and you are finding yourself more and more comfortable in your current position. As you gain experience in both your role and the tech industry, you may start to notice more and more while you are on the job. You may even begin […]

Read More
How to Become a Mobile App Developer

The fascinating world of mobile development is enticing to almost everyone. There are countless mobile applications that we use for chatting, cooking, shopping, banking, and more.   These apps also need to be regularly updated, both to draw in new users with special features, and to maintain a positive relationship with existing customers. If you want to learn more about […]

Read More
How to Learn Database Management: Courses and Resources to Launch Your Career in Data

Database management is blended into the daily tasks of all companies. Businesses need to store information about their employees, customers, and activities. However, as a company grows, easy accessibility and organization of data becomes even more important. Database management courses can help you learn all this and more.  Learning database management can also land you a high-paying job. According to […]