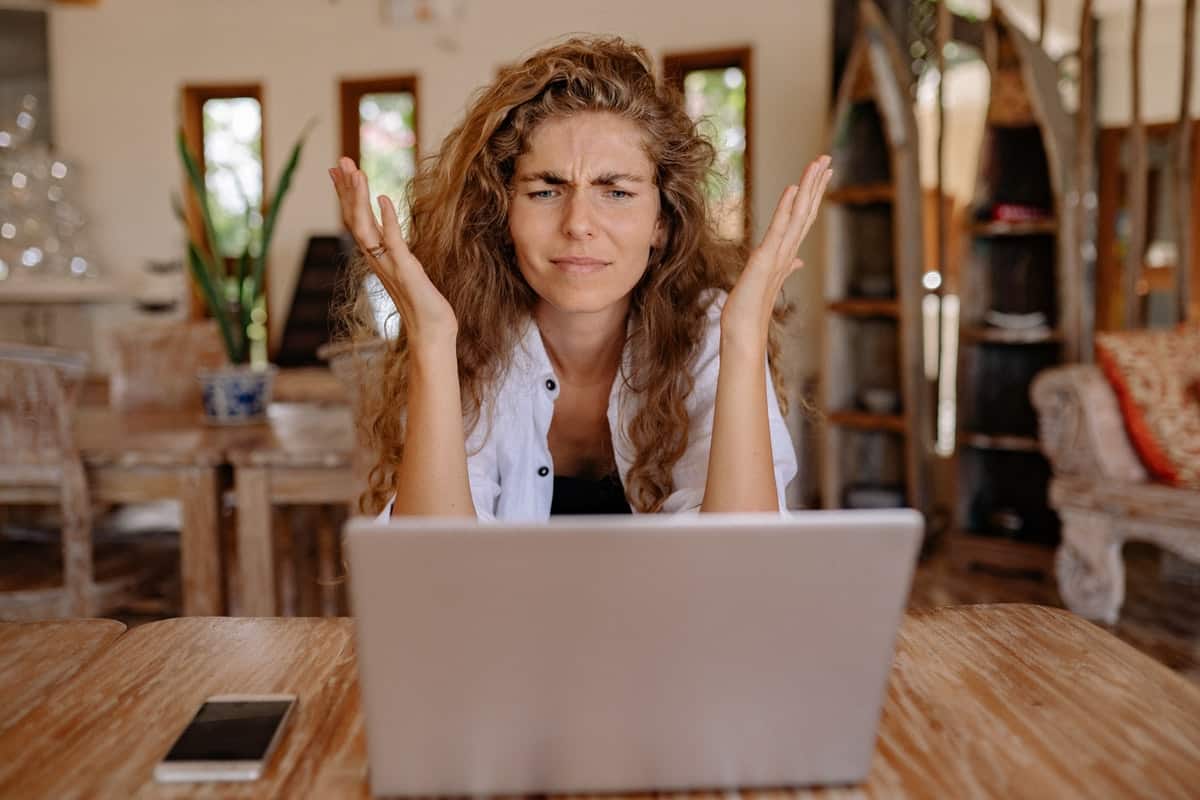 Web development is the process of building a web page or website for public or private access. It requires different technologies, tools, functions, and programming languages to create an end-to-end website. Depending on the size of the web development project, an organization might employ one web developer or hundreds of web developers.

When considering front end vs backend web development and their respective tasks, you can think of the former as the visual side and the latter as the inner workings of a website. The difference between a front end and backend developer is that a front end developer focuses on the user-facing side, considering things like responsive design and UX design.

Meanwhile, a backend developer is more concerned with the structure of a website and setting up the proper systems. Below, we go into further detail about front end vs backend web development to help you understand the different roles.

What Is Front End Web Development?

Front end web development is also known as client-side development. Front end coding includes HTML, CSS, and JavaScript code to enable an end-user to interact directly with a web page or web application. HTML and CSS are markup languages used for the visual features of a website, whereas JavaScript is a scripting language used to control the site’s dynamics.

Front end software development connects designs and technologies together. The tools and techniques involved in designing dynamic websites change constantly, so the developer needs to be aware of the latest technology and how the field is evolving.

As far as the user interface is concerned, the buck stops with front end developers. They have to make sure that the site design is the same across all platforms and screen sizes. A front end developer must be creative, artistic, and technically proficient at the same time.

Backend web development concerns the ways in which a website functions behind the scenes. Backend developers write code that communicates database information to the web browser. They also have to make sure that the end-users get the services they request on time and without any trouble.

Backend programming can be either object-oriented or functional. Object-oriented programming focuses on coding specific objects. Java, .Net, and Python are some popular examples of OOP languages. With functional languages, the coding process revolves around applying and composing functions. Examples include SQL, F#, and R.

The Difference Between Front End and Backend Development

Below, we have detailed several prominent front end developer skills. Through these skills, you will be able to see the difference between front end vs backend web development. From SEO or responsive design, these aspects directly affect the user interface of a site. To learn more about the necessary skills for front end developers, read through the section below.

SEO is the process used to attract as many website or web page visitors as possible. This is often done by strategically including keywords, optimized title tags, and optimized file names. SEO is a vital skill for front end development because it ensures users can easily find the web page or website through a search engine.

While SEO ensures users are attracted to and can easily find a particular website or page, WPO ensures users enjoy their experience once they’ve arrived. This is an important front end developer skill because it ensures smooth and fast operation, easy navigation, and device adaptation. WPO uses a variety of tools and methods to address the variables that prevent users from having an optimized experience.

Working with any programming language means you have to frequently test and debug your code. Front end developers must know how to debug code to resolve issues related to interface or interaction designs. As a result, front end developers are required to test design elements to develop a seamless experience for users.

Contrary to the skills used in front end development, backend developer skills all center around the structure, data, and systems of a website. Backend engineer skills include things like data structures and technologies such as Apache and Nginx. In the list below, you can learn more about the most important skills for backend developers.

Backend developers must know how to work with different servers. Different backend projects will require you to work on various servers, and while these servers are similar, each one is slightly unique. A few of the servers include Nginx, IIS, and Apache.

Having skills in database and cache is just as vital as understanding servers because these two components are present in every backend development project. Database caching allows flexibility and scalability when processing data, which notably improves the performance of your applications.

With any backend programming language you choose to work with, you must know its framework. There are a wide variety of frameworks, all of which can help you correctly configure an application. Frameworks also allow you to add unique features to your application and optimize usage.

What Is a Full Stack Developer?

You need to have a wide range of skills and experience in front end and backend development to work as a full stack developer. The minimum requirements for this position are typically a Bachelor’s Degree in Computer Science or a related field, in addition to at least a year of experience.

Which Type of Web Developer Should You Become?

If you’re interested in pursuing a web development career but you aren’t sure whether to become a front end or backend developer, the following lists might be able to help. Listed below are some of the criteria related to each position.

Consider becoming a front end developer if you:

Consider becoming a backend developer if you:

Web Development Jobs: At a Glance

**This statistic falls under Software Developers, Quality Assurance Analysts, and Testers on Bureau of Labor Statistics

Mobile developers work in front end development environments to create responsive mobile applications. In this type of front end engineering job, professionals are responsible for ensuring websites and pages are adaptable and can be easily navigated on mobile devices. Mobile developers often work for tech and entertainment companies, and they’re usually required to have a bachelor’s degree in a relevant field.

UI designers create optimal user experience through design patterns, interactive elements, and attractive styles. They work closely with UX designers and developers to ensure their outcome is consistent with the client’s vision. UI designers often enroll in bootcamps or junior colleges to qualify for this career.

CSS developers share many of the same responsibilities as any other front end developer job, but they specialize in CSS and write in HTML. They solve problems and create visual design elements using specific languages and skills. Typically, CSS developers are required to have a Bachelor’s Degree in Computer Science or a related field.

A web designer works with many tools, practices, and functions to polish the visual aspects of a website. Web designers encompass skills like UI design, graphic design, search engine optimization (SEO), and programming to fulfill their duties.

Most web designers develop the required knowledge and skills through bootcamps, online courses, or community colleges. After graduating from these programs, you can get an entry-level front end developer job as a web designer.

Java developer is a type of backend engineer job in which professionals write, test, debug, and maintain code in Java. You can find Java backend developer jobs throughout a variety of industries and organizations, as Java continues to be one of the most popular programming languages. Generally, a Java developer job requires a Bachelor’s Degree in Computer Science or a related field.

Web developers participate in the server-side development process for websites and web pages. This position deals with all the backend frameworks, database systems, code libraries, and APIs related to the website or page. You can enroll in a bootcamp program, online course, or associate degree program to meet the requirements of this profession.

Is It Better to Be a Front End or Backend Developer?

Ultimately, your career goals and interests should be the determining factors in whether you pursue front end or backend development. Backend development is best suited to people who enjoy working with technical components and solving complex problems. Alternatively, front end development requires creativity and attention to detail.

To become a good front end developer, you should have an understanding of event-based interaction and performance, in addition to programming tools like HTML, CSS, and JavaScript. A skilled back-end developer, on the other hand, should have deep knowledge of servers, databases, and programming languages like Java, Python, and PHP.

Although you can see some similarities when comparing front end vs backend web development, they also differ in significant ways. As the responsibilities and requirements differ between the two professions, so do the salaries. However, both professions include a high salary and a secure career. As such, they are both solid career paths.

Which is more in demand: front end or backend development?

Though they are both rapidly growing fields, front end developers are more in demand than backend developers. This may be due to the fact that front end development requires more creative work so there is more room for professionals in the market and they can creatively distinguish themselves from one another.

How long does it take to become a front end developer?

How much do full stack web developers make?


Full stack web developers make an average salary of $80,211 per year, according to PayScale. However, this salary can vary widely with location, expertise, and the company that employs you. Typically, a full stack developer will earn more than a front end or backend developer.

User Experience (UX) design is essential to any user-end software or design product. No matter how useful or brilliant your product is, nobody will want to use it if the experience is unpleasant. UX designers work to make products both useable, and enjoyable to use.  UX design is a tech field that offers attractive perks. According to Payscale, the median […]

Read More
Data Analytics vs Data Science: What You Need to Know to Choose the Right Career Path

Coding has been the most sought-after skill in the last decade, given the aim of future-proof jobs and companies in this technology era. However, one skill that may be overshadowed by the popularity of coding is user experience design.  While coding is integral to the function of mobile applications and software packages, user experience encompasses a broader scope of essentiality […]

Read More
How To Write a Good Digital Marketing CV