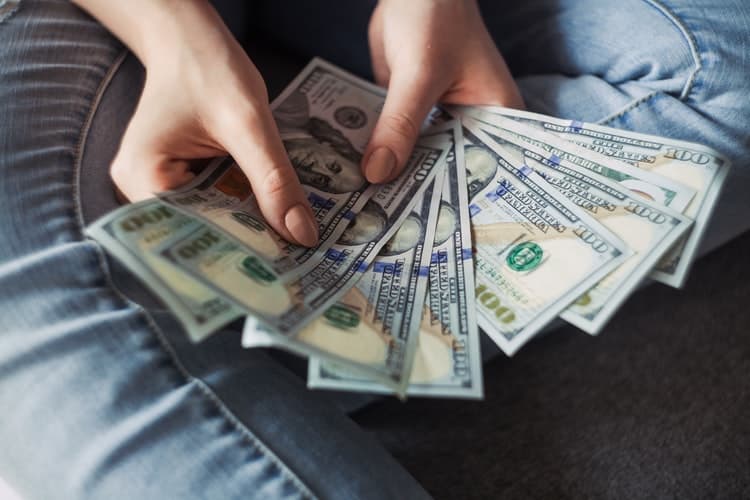 Are you someone who has to research the numbers on something because words are not enough? You may have a future career as a data scientist.

You may be thinking that you have no clue what that means or that you are not a scientist whatsoever. You may even think that you hated science in school, so how could you be a data scientist?

Data science, to simplify it, is gathering and discovering information or anything of value through data. Data science helps companies understand their consumers and provide solutions to help maintain those consumers. They also tend to have very high paying salaries for their work.

Let’s put it in terms that you may understand.

Let’s say that you are looking at your YouTube account through Google. You are a big fan of DIY videos, so a lot of your history contains DIY videos you’ve watched. Whenever you sign in to your account, the recommendations section gives you channels that you’ve never seen that also provide DIY videos. How is that possible? That’s because of data science!

Data scientists are very important because they are able to collect, analyze data, and put it into terms that others can understand. They look through the coding to connect your history with similar videos that match your interests.

You may think that it’s tough, but data scientists rely on math, statistics, and coding to get the work done. They also make a lot of money doing something that very few individuals can do. But it’s not impossible to gain those skills.

Today, we will have a detailed view of data scientist salaries and show you how they are the most in-demand positions for companies.

What Does a Data Scientist Do?

Data scientists are the masterminds behind gathering data that would offer solutions to problems. Simply, their job is to analyze data to provide insights into action for the employer. They spend time interpreting data through collection, cleaning, and manipulation. Then they translate that information by creating models and visuals that nontechnical employees would understand.

If you look at data scientists like you look at the human body, they would be the brain. They are the main influence in building the applications and databases used by web developers and software engineers. They work with these engineers to help develop the ideas that would provide solutions for organizations. You can view them as the IT of the IT department.

They use data research to make sure that everything is complete, accurate, and consistent. This provides a smooth experience for the organization and the public.

How Much Does a Data Scientist Make?

According to Discover Data Science, in 2019 the most current national average salary for a data scientist is around $120,000 annually. This is the median average for the most popular companies in major cities and regions in the United States.

For data scientists in areas such as Chicago, Washington, D.C. and Atlanta, the average salary falls between $56,526 and $65,246. This is lower than the national average by 10 percent. Factors for these figures include company size and location, especially if they are in a state or area with a low cost of living. But in major cities such as New York, Boston, Seattle, and San Francisco, data scientists make more than the national average by nearly 30 percent.

There are several factors that affect salaries of data scientists. This includes education, certifications, skills, and experience. For your knowledge, we will touch on some of these factors in detail.

Because of the high demand today, data scientists have an average range of about $95,000. This is still very high for an individual starting up in the profession. Mid-level data scientists average about $128,750 and can rise to about $185,000 if they have managerial duties in their role. The most experienced, especially those with manager level positions, can average up to about $250,000.

With hard work, coding skills, and persistence, it is a steady climb to the top for someone who is passionate about data science. Those who have or develop managerial skills, tend to get promoted faster within the organization.

About 45 percent of individuals held the title of “data scientist”, according to a data science salary report held by O’Reilly’s in 2016. Most companies segment their teams into the following positions:

Data Analyst salaries can range from $50,000 to $110,000. They are the ones who work hands-on with the data and focus on developing tools and skill sets to present to the organizations.

Data Managers range between $90,000 to $140,000. They have on average one to three direct reports. They also have strong leadership and entrepreneurial skills along with their sharp tech and math skills.

Big Data Engineers are those who build the platforms and applications used by the data scientists to perform their work. Their salaries range from $70,000 to nearly $165,000 annually.

Data scientists can make a great financial living. Their work is something that drives business ideas within the organization. Companies use the data provided to develop new ideas to maintain the longevity of their business.

When it comes to the highest salary ranges, the industries that provide the largest salaries to their data scientists are those in finance, search and social networking, and technology services (cloud services, hosting, CDN, etc.).

When it comes to the company size, the bigger the company, the larger the salary. A data scientist will make a higher income in a company with more than 500,000 employees than say a small business with less than 1,000 employees.

When it comes to educational background, many data scientists in the industry hold college degrees. The average individual has a master’s degree in data science. But many statistics show that a college degree in the tech industry these days does not exactly mean that you are an automatic pick for an employer. Many employers are looking into coding bootcamps to find those who are passionate about data and analytics. These bootcamps include Flatiron School, Lambda, and Thinkful.

When it comes to salaries, according to education, the highest salaries go to those who code for an average of four to eight hours a week. Those who do not code at all tend to get the lowest salaries. This does not mean that you cannot make a great salary if you do not know how to code. As stated before, coding bootcamps provide people with the necessary skills needed to excel in tech jobs.

What Are the Most Popular Companies Hiring Data Scientists?

As we mentioned, finance, networking, and tech companies provide the highest salaries for data scientists. So it shouldn’t be a surprise that the highest-paid salaries overall come from leading tech companies such as Apple, Twitter, and Google.

PayScale provided the most recent salaries from the most popular companies to date. For your reference, we have provided those figures below.

Please note, even though the highest paid salaries come from the world’s leading tech companies, they are not the only ones in need of data scientists. There are several industries that pay their data scientists well to provide their services and expertise. These industries include but are not limited to healthcare, insurance, retail, telecommunications, and manufacturing.

What Skills Do I Need to Become a Data Scientist?

So now you know what a data scientist does, how much they get paid, and the factors behind their salaries. But you’re probably wondering what exactly do you need to become a data scientist, right? You can find out the answer by asking yourself a simple question.

What was your favorite subject in school?

If your answer had anything to do with mathematics, such as algebra or calculus, you would be a great fit for a data scientist career. Data scientists need to have a knowledge of math or statistics. In addition, a pure passion for research and a mind filled with curiosity, creativity, and critical thinking will also get you far.

Most importantly, you need a background in computer programming or software engineering. You have to know how to code to excel and gain a high paying salary as a data scientist. As stated previously, someone who codes an average of four to eight hours weekly,  will get paid more than someone who does not code at all. According to PayScale, data scientists with skills in machine learning and Python tend to have higher salaries. Those who tend to have experience in programs such as SAS, SPSS, Java, C/C++, SQL/NoSQL and Natural Language Processing (NPL) also get high paying salaries.

Besides math and coding skills, data scientists need to have a complete understanding of the business and industry they work in. They must have the mindset of an entrepreneur to create solutions to problems and discover opportunities for growth. It is important that data scientists learn to carry themselves independently as well as work within a team.

Also, a data scientist must be able to translate their data into terms that others can understand. They have to communicate their findings, models, and solutions clearly to nontechnical employees. They have to be able to understand the needs of every non-technical department within their company to provide correct data. This helps these teams understand and use data to make decisions for their teams. Data scientists have to be able to motivate the teams with their information in order to bring companies to the next level. This includes data visualization, reporting, mining, cleaning, and munging (or manipulation).

In summary, we dove deep into the world of data scientists, who are practically the brains and the nucleus of the IT department of organizations. They are rare to find when it comes to education, experience, and skills. For this reason, their salaries are some of the highest out of all the tech positions in organizations to date.

But it does not mean that you have to attend a traditional postsecondary college to get the skills needed to excel in data science positions. Coding bootcamps provide data science courses to provide the training you need to get that high paying data science job.

Bootcamps such as Flatiron School, Lambda School, Thinkful, App Academy and Rithm School have some of the best data science courses. To top that, you can get your certification and skills from them in less than 12 months. BootcampRankings provides resources to help those interested in data science jumpstart their careers in tech.

Often thought about as second to neighboring area Silicon Valley, Los Angeles is a major technical hub in its own right. With both startups and corporate companies alike trading the crowded area of Silicon Valley for the sandy beaches of Los Angeles, the city is shaping up to be a major contender with other tech cities of the West.  With […]

Read More
Best CSS Events to Learn and Get Support

Each year, there are hundreds of tech and IT events worldwide. These can be a mix of different tech subjects or focus on one specific topic, such as HTML or CSS events. The events themselves might discuss best practices from top professionals, share teasers of the latest technologies, and provide networking opportunities to help advance careers.  With all the events […]

Do you want to defend organizations from threats against black hat hackers? Then, perhaps, you’d want to consider becoming a white hat hacker. Learn ethical hacking and defend computer systems through the numerous cyber security bootcamps and courses available online. All you need is an Internet connection. Every day, hackers grow in quantity and continue to gain access to private […]