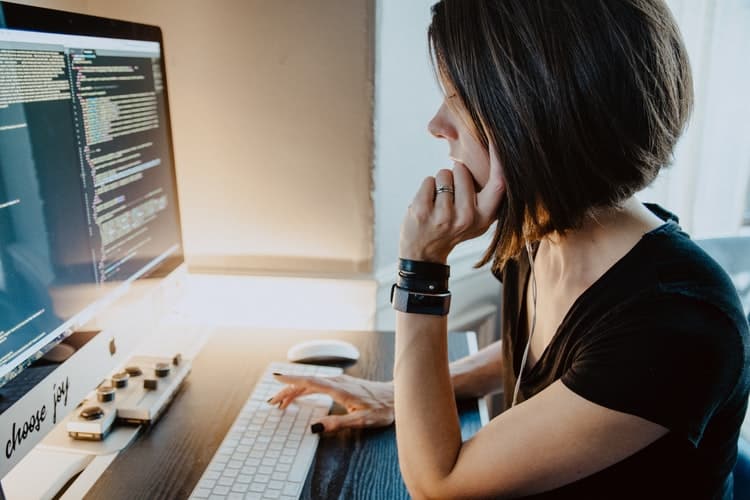 How Much Do Computer Scientists Make?

The average computer science salary is $99,050. However, this rate can change significantly depending on your company, location, experience level, and specialization. Some computer scientists can earn upwards of $138,000 a year or even higher, depending on their responsibilities.


In fact, computer science is one of the highest-paying sectors in the tech industry. Due to the increasing demand for experienced tech professionals, more companies are seeking computer scientists.

This guide goes through everything you need to know about computer scientist positions, the ways in which salaries vary, and why you should consider this career if you want to work in the tech industry.

While the average pay rate of a computer scientist is nearly $100,000, there are several factors that can cause this salary to vary.

Here are four factors that impact how much you can earn as a computer scientist:

First and foremost, the business you work with determines your salary. If you work for a startup, expect to make a bit less than you would with a large company or corporation. In addition, some government positions pay more based on the branch. For example, the U.S. Air Force has an open position that pays $79,232 annually, while the U.S. Navy has a similar open position that pays $84,338. Compared to these jobs, however, Adobe pays significantly more at $133,118 a year.

Your location also has an impact on your salary. If you’re in the city or an area that is home to several tech companies, you may find higher salaries due to competition among companies for the best computer scientists. However, if you are in a more rural area where there are not many positions, you may find a lower pay rate.

Demand isn’t the only thing that could cause your salary to change. The cost of living may be a huge factor as well. Typically, rural and smaller cities have a lower starting salary than larger areas.

Experience significantly impacts pay, and the number of years you spend working in the industry, either in a computer science internship or an early-career role, can lead to an increase in your earnings. In fact, you could earn thousands more each year you’ve worked in the industry. Experience may also allow you to land a senior position, which can significantly increase your pay rate.

Many people assume that experience means working in the same position. However, if you’ve worked in a similar field or industry, you may be able to convince your employer to pay you above the starting salary if you have relevant knowledge.

A computer scientist’s salary is large enough for an individual to support themselves. Moreover, there is enough upward mobility and earning potential to make it a lucrative career. There are several factors that impact your starting salary, but an individual can still earn upwards of $100,000 and even significantly more if they continue to work in the industry.

Below, we break down the average salaries for three tiers of computer science experience levels.

Five of the highest-paying specializations within computer science are:

Computer science analysts oversee software systems with the goal of ensuring that their company’s information technology systems are running smoothly and effectively. These professionals specialize in both information technology and business. On average, they earn $90,920 each year. with a projected growth of 7%.

These computer science professionals design and develop games for various media platforms such as mobile devices, game consoles, and online web browsers. They work within a team to write and debug code, create graphics. Game developers make an average annual salary of $75, 270.

The rise of smartphone technology introduced this position to the tech industry. Mobile application developers work to create apps for Apple or Android systems. They earn an average yearly salary of $73,404.

Software engineers design and produce software including websites, databases, operating systems, and business applications. As one of the most sought-after and high-paying positions in the tech industry, software engineers can expect to earn an average of $107,510 annually. This profession is projected to see a 22% growth over the next 10 years.

Data scientists use statistical models and algorithms to analyze data and expand a company. Data scientists earn an average of $122,840, with a projected growth of 15%.

What Is a Computer Scientist

Computer science involves using computers to solve problems. In its simplest form, computer science goes through the process of transmitting and transforming information. As a computer scientist, your job is to design and create software that addresses fundamental questions in science.

You’ve already seen the efforts of computer scientists in your everyday life. Computer science is what allows your smartphone to run and keep planes in the sky. This is the work that helps medical professionals do a better job and bring automation to various fields.

As a computer scientist, you may find yourself doing any number of tasks, such as conceptualizing computational problems, creating new products that solve practical problems, working with research teams, studying artificial intelligence, learning robotics, and so much more.

Computer scientists are constantly working in fields that push the boundaries of technology for any number of reasons. Your research efforts may streamline processes, revolutionize industries, or make computer hardware and software far more efficient than ever before.

Computer scientists are tasked with research and complex problem-solving. Because of their responsibilities, it is important for computer scientists to have good grasps of math and technology. When working, you’ll have to analyze problems, come up with a systematic approach, and diagnose the problem with a clear and concise solution.

Working with data and constantly needing to solve problems means that you must be accurate in your assessment and implementation of your solution. A single issue could prevent your solution from working or even make the problem worse. You must also organize and make your information clear, in case others may need to use your solution.

If you have a passion for technology, problem-solving, and analytics, then a career as a computer scientist may be for you. It requires a great deal of studying and knowledge, but the benefits are significant. With the knowledge required to become a computer scientist, you open yourself up to a number of career opportunities.

College isn’t the only way to learn the skills needed to work in computer science. Through online bootcamps, you can learn everything you need and even start working with tech companies as soon as you graduate. Bootcamps have part-time and full-time options, which give you the opportunity to become a computer scientist in a matter of months.

Bootcamps are a great way to learn computer science without attending an expensive four-year institution. Many bootcamp grads are landing positions at Fortune 500 companies. Not only that but your salary after coding bootcamp is likely to rise significantly, with many bootcamps reporting that their graduates earn an average salary increase of at least $20,000.

As you might have already heard, a crisis never brings us anything new: it just accelerates the existing trends. Let us take a look at the various job popularity trends across the last years. According to the World Economic Forum, advances in technology are changing the landscape of the job market. Whereas the demand for certain IT skills becomes higher […]

In software development, it’s usually best if your whole team is on the same page, regardless of the size and scope of a project. However, due to differing skill levels, physical locations, and time differences, this can be tricky. This is where learning Git can help. The software system is used to compile code, information, and sets of files. With […]

Learning augmented reality (AR) is no longer a matter of studying science fiction novels. Its successes, like Pokémon GO, and its failures, like the first iteration of Google Glass, have been well documented. The latest AR technologies are already revolutionizing education, healthcare, retail, and more. Society is ready for fresh talent to lead AR into the future.  If you’re interested […]

Data Structures and algorithms are crucial elements in the software development process. The use of data structure enhances the accessibility and management of information. If you’re trying to pursue a career as a developer or you’d like to become a data scientist, you should try to learn data structures. Understanding how data structures works will help you become more efficient […]