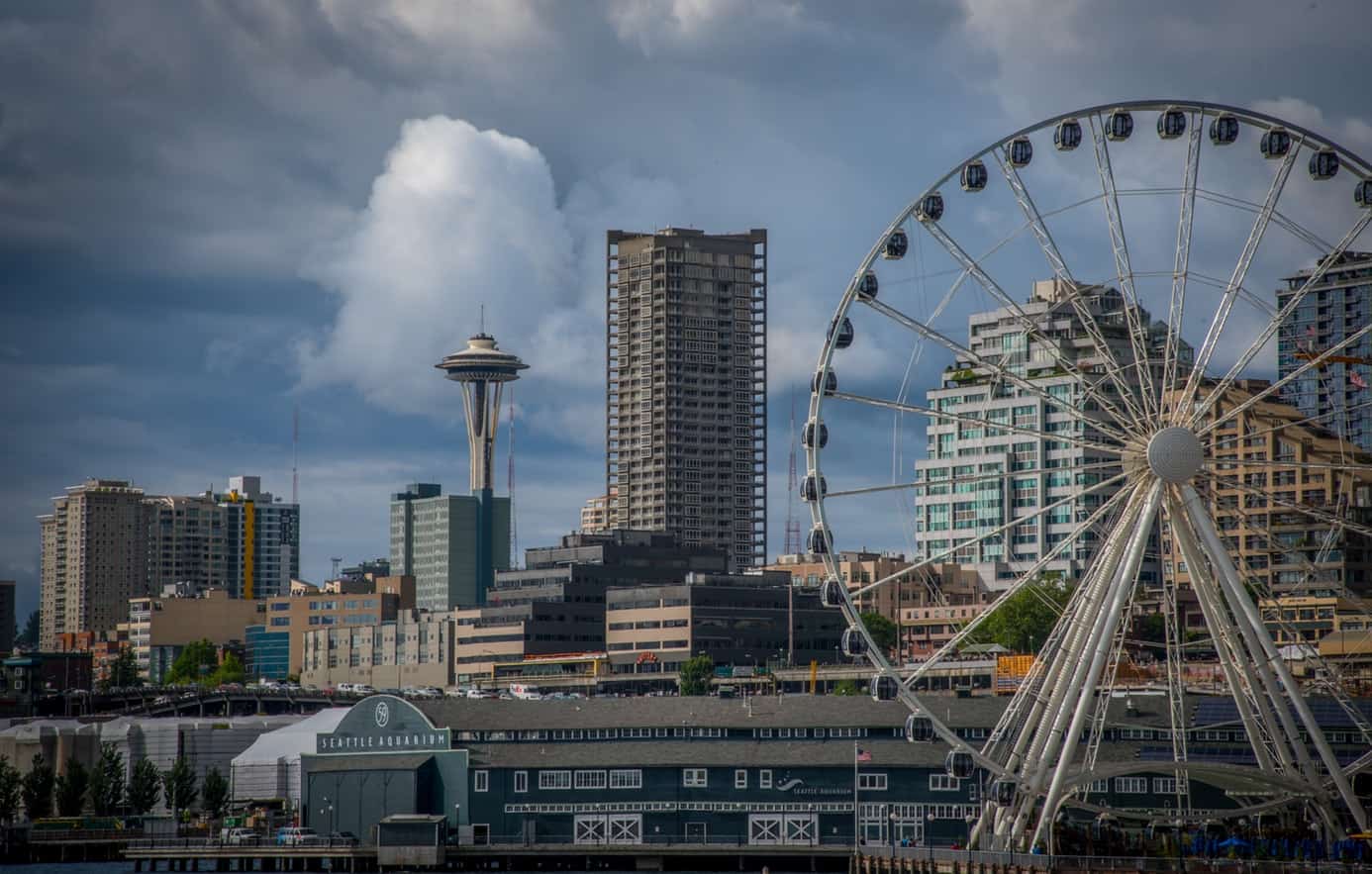 10 Best Companies to Work For in Seattle

When you first think of Seattle, the city’s 38 inches of rain a year or the iconic Space Needle may come to mind. While these are pretty interesting facts, the city’s booming tech scene is also well worth noting. From major corporations to bustling startups, the best tech companies in Seattle are slowly inching to compete with the likes of Silicon Valley.

In this article, we take a closer look at Seattle’s tech industry, from the best companies to the wide variety of job openings on offer.

The city of Seattle is a growing tech hub, and its economy reflects it. With so many technological companies working to acquire talent in the region, salaries and perks have also dramatically increased. Just how great is Seattle’s economy doing? Let’s take a look at the numbers.

Seattle by Numbers: Job Outlook, Salaries, and Cost of Living

Backing Seattle’s claim to a booming economy is the Greater Seattle Partners. In January 2021, the regional trade and investment organization reported that the Seattle metro area had surpassed Atlanta to become the 10th largest regional economy in the United States.

Seattle’s technology industry was identified as one of the main reasons behind the city’s economic rise. Leading the charge are tech giants Amazon and Microsoft. Seattle’s tech startups also performed well, including Convoy and Remitly.

If placed beside the median salary of tech workers in the city, the cost of living in Seattle may be livable for some. According to Hired, Seattle tech workers earn an average of $145,000. That can go down to as low as $70,000 or rise to as high as $150,000. Either way, you’ll have what you need to survive.

Now that we have a comprehensive background of Seattle’s tech economy, it’s time to dive deeper into the companies that make Seattle great. We’ve scoured the streets of Seattle to bring you the top companies in the city. To simplify the explanation, we split them into two categories: large corporations and startups. So, let’s explore Seattle’s tech ecosystem.

It should come as no surprise to see this pioneering company of innovation at the top of the list. Microsoft is hailed as one of the most profitable tech companies in the world. Matching this title is its headquarters in Redmond, Washington, just across the bay from Seattle. The enormous campus spans over eight million square feet through 125 buildings. The campus is home to over 51,000 employees.

The American software company is a known tech giant in the industry and has therefore helped Seattle’s tech scene become what it is today. Of course, other major tech companies have followed since Microsoft’s opening in 1986.

Another major player in the tech community, Amazon is one of the world’s largest eCommerce platforms. It’s also the third-largest tech company in the world, next to Apple and Microsoft.  With offices and processing centers across the globe, it only makes sense for Amazon to be one of the key contributors to Seattle’s economic success.

The American software company is headquartered in downtown Seattle with over 75,000 people. Interested job seekers can apply for roles in the company’s product management, data science, and software development engineering teams. These roles require that you have technical skills in programming and navigating Amazon’s numerous cloud computing platforms.

This aerospace manufacturer is one of the largest in the industry. With annual revenue of $101.1 billion, the company is continuing to grow and set up shop across the globe. Boeing’s primary manufacturing facility is located just 25 miles (ca. 40 km) outside of Seattle.

The company is one of Washington’s largest employers with an employee count of over 80,000 at the Seattle campus alone.

Expedia Group is the mastermind behind some of the travel industry’s biggest technical applications. With Hotels.com, Travelocity, Trivago, Hotwire, and many more, the company is one of the leading online sources for travel booking.

Originally founded by Microsoft, the company became independent in 1999 and has continued to enjoy success since. The company is currently headquartered in Bellevue, Washington.

The major telecommunications company is one of the biggest in the US. The company, which is also active in the Czech Republic, Poland, and the Netherlands, is a subsidiary of the German company Deutsche Telekom AG.

The US headquarters of the company is located in Bellevue, Washington. The company is an integral part of the community. It built the major baseball stadium (T-Mobile Park) which is home to the Seattle Mariners.

OfferUp, a major second-hand sales platform, is continuing to gain traction among users across the US. The eCommerce platform has been skyrocketing since 2018, marked by a $1.4 billion company value. The private company is based in Bellevue, Washington, with 200 employees at its campus.

Convoy is another Seattle startup that is changing industries across America. The company was founded in 2015 and won the Start-Up of the Year Award two years later. The company’s main goal is to match truck drivers with shippers looking to move goods. Convoy currently has an employee count of over 1,000 employees in the Seattle area.

A newcomer to the Seattle tech scene, Porch is changing the way homeowners get stuff done. The platform connects contractors to homeowners who need specific services. The platform benefits over 8,000 large and small businesses, reaching 65 percent of all US homebuyers as of 2020.

This sales automation platform’s company value is over $1 billion. Founded in 2014, this sales engagement startup aims to help other corporations educate their teams on driving revenue and making business sales decisions.

The company is an excellent intersection of both technology and commerce industries. It also incorporates various marketing strategies to drive sales to all-time highs. The company boasted over 3,500 customers in 2016, including major clients such as Adobe, DocuSign, and eBay.

The merge between technology and advertising is changing the way people market products. Year revenue growth was up by 355 percent in 2018. Amperity also raised $50 million during the same year. The company currently has 120 employees in the Seattle area.

Should You Get a Tech Job In Seattle?

If you’re looking to step into Seattle’s tech hub, the first thing you should do is surveil your employment options. That includes reading through job listings of Seattle’s tech companies, from the large corporations to the startups.

Working for a startup gives you a lot of freedom and learning opportunities that may not be available at major corporations. There is also more room to work your way up to bigger roles. That said, if your dream is to work for a major Seattle tech company, then aim high and go for it.

Wherever your career in tech may take you, it’s important to stay up-to-date on the latest developments in the tech industry. You never know when a new tech innovation may change the way we see the industry.

If you’re interested in getting a tech job in Seattle but don’t have the necessary technical skills, click here to explore the best coding bootcamps in Seattle.

Spaces are limited more than you think, even in the digital landscape. For a company to have as much storage as possible, it has to buy hardware or any available storage devices. The rise of cloud computing, however, has helped mitigate the demand for physical space. With cloud computing, data is stored in the digital space. And that’s just one […]

Structured Query Language, popularly known as SQL, is a programming language that allows for data management and manipulation. It’s an essential skill for backend development, business intelligence, and database administration. Learning SQL, either on your own or with the help of SQL courses, can significantly improve your career prospects. To help you get ready to study SQL, we’ll first review […]

Read More
Front End vs Back-End Web Developers: Which Developer Job Is Right for You?

Coding is one of the most in-demand skills of 2021 and it is relevant in every industry. Regardless of your career goals or level of education, learning how to code is key to achieving success in the ever-changing job market. You can take advantage of the summer months to equip yourself with new skills and gain some hands-on experience. This […]