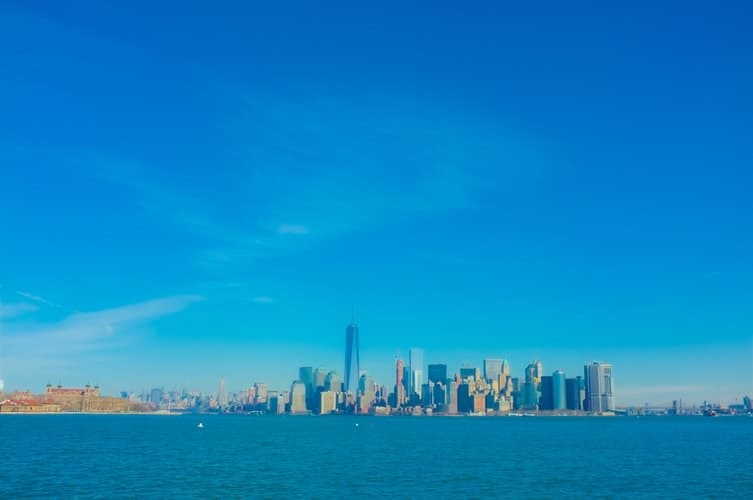 Ah, the bustling city of New York. New York City has always been an innovative hub of technology and ideas. From major corporations to thousands of startups, NYC is the biggest tech powerhouse of the East coast and is big enough to rival the tech hub of Silicon Valley. With so many different companies in the NYC area, it’s only natural to wonder which one is the best.

In order to judge this question, we’ve got to establish some criteria. What even makes a good company? Let’s break this all down one step at a time while we work to decipher which tech companies in NYC make the top of the list.

A Breakdown of NYC’s Tech Scene

Before we can decide which companies in NYC deserve a coveted spot on this list, we need to take a step back and evaluate the city’s tech scene as a whole. The tech scene in NYC isn’t anything new. In fact, the tech scene in New York City dates back to the early 1900s with major tech company IBM still thriving in the city today. IBM was just the beginning. Major companies based out of NYC today include PepsiCo, JPMorgan Chase, Citi, Verizon, NBCUniversal, and MetLife. IBM, which is the largest tech company in the city, employs 300,000 people. There is also a bustling startup community in the city with major players, including Petal, Stash, Casper, Glossier, and Rent the Runway.

Now that we’ve gotten a bit of background about NYC’s biggest and most prominent tech companies, let’s get down to business. Which ones are the best of the best? In order to break these down in the fairest way possible, we’ll be breaking these down into two categories: Major Corporations and Startups.  Let’s dive in!

International Business Machines Corporation, better known as IBM, is the perfect contender for the top of the list. As you may already know, IBM was founded in upstate New York back in 1911 in Endicott, NY. The company has since migrated 3 hours South to the bustling hub of New York City. Today, the company employs over 300,000 people in NYC alone. The company also has multiple companies and research centers throughout the city. With some of the world’s most powerful AI and innovative technological projects, IBM has stood the test of time to continue to be one of the world’s biggest and most prosperous tech companies.

Okay, this one definitely speaks for itself. Google is regularly hailed as one of the best places in the world to work. We can absolutely see why. With the famous perks and major salaries that come with working at Google, almost anyone would be happy to call this company home. The company currently employs over 7,000 people in the NYC areas.

The company that brought the world some of the biggest technical and creative innovations is also one of the best companies in the NYC area when it comes to satisfied employees. Perks of the job include a $10,000 per year tuition reimbursement, two company-wide PTO breaks per year, up to $360 per year in wellness expenses, and much more. The company works hard to foster a welcoming learning community through the merging of tech and creative fields.

This media giant is home to some of the world’s biggest television networks in the world. The company is a great combination of the entertainment and tech industries and is proof that this merging is a highly profitable industry, even outside of Hollywood. What began back in 1912 evolved into the multi-million dollar company that it is today. In 2014, the company opened the NBCUniversal Technology Center, which serves as a home base for the company’s technical teams. The organization also invests in worker talent with the Media Tech Associate Program (a two-year program which gives young technologists a jumpstart in the industry with real-world experience).

Rent the Runway is one of the most mainstream startups in the NYC area and takes major inspiration from New York’s bustling fashion scene. The e-commerce site allows women to rent designer apparel and accessories. Founded in 2009, this startup scene veteran is the oldest startup on our list. The company has raised over $300 million in equity funding. The company has since partnered with major hotel chains to offer the service for hotel guests.

This indoor farming company is yet another great example of a merger, this time between the tech and agriculture industries. The company relies on a proprietary software coined BoweryOS to deliver nutrients to soil via a hydroponic system. The company has raised over $27 million to date and has since paired up with major health food retailer Whole Foods (which is actually owned by Amazon, a merger inside of a merger!)

Petal is a great example of the merging of the tech and finance industries. This company is changing the way people build up their credit. Bad or no credit? Not a problem with Petal! Using your monthly income and paid bills, Petal assesses your eligibility in order to get you a credit card and start rebuilding your credit.

Founded back in 2015 by a pair of veterans, Lemonade exists as a way to redefine how we think about renters and home insurance. The company’s business model is highly different and significantly more charitable than leading companies. The method is simple: subscribers pay in premiums each month, 20% of which is used to keep the business running, and the rest is used to payout claims. Whatever money is leftover at the end of the year goes to charity. In 2018, Lemonade donated over $100,000 to charity. The company has more than 250,000 users as of 2019 and has recently partnered with major coworking company WeWork to offer renters insurance at all of their locations.

A perfect example of the merging of the tech and medical industries, Maven has raised more than $42 million in venture capital to help women and men to connect with a variety of health professionals. These services range from nutritionists to mental health specialists and everything in between. Since its founding in 2014, Maven has reached 166 countries to help over 150,000 people.

From corporate companies to bustling startups, the tech scene in New York is flourishing as it continues to grow with the addition of companies, both large and small. The tech scene in NYC is also continuing to change at lightning speed. As we’ve seen from the companies above, the tech industry isn’t really an industry on its own anymore but a part of a variety of other industries. Over the next decade, it’s safe to say that we will continue to see tech evolve and forge more partnerships with industries across the city and beyond.

What does this all mean for you? Well, if you live in New York City or are willing to move to NYC for a tech career, the evolution of NYC’s tech scene could mean big things for those willing to take advantage of it and jump into the action. These companies listed above, are just 10 of the thousands and potentially hundreds of thousands of companies that make up the workforce in the New York City area.

As you continue on your own technological journey, it’s important to step outside of your comfort zone and try things that you may not have expected to try before. As we said before, the tech industry as we know it has since taken many forms. Many people go on to have highly successful technical careers in companies that aren’t traditionally tech-related upon first glance. Wherever your technical journey takes you, remember to stay up to date on the latest trends in the industry. You never know what new innovation may change the entire workforce as we know it.

Ever since the pandemic hit and completely rattled the way the world functions, our norms and lifestyles have changed entirely.  Just like everything else, the education system has also seen a 180-degree flip in order to adapt to the new normal.  Distant learning through online teaching was the only form of education that was available to learners across the globe for […]

Agile methodologies are a set of project management principles created to help companies develop new products and execute plans using teamwork while constantly adapting to changes. The focus of this model is on how a team can rise to the challenges of an uncertain marketplace to achieve success.  If you want to learn how to streamline your workflow, then you […]

Read More
10 Best Companies to Work For in Seattle

When you first think of Seattle, the city’s 38 inches of rain a year or the iconic Space Needle may come to mind. While these are pretty interesting facts, the city’s booming tech scene is also well worth noting. From major corporations to bustling startups, the best tech companies in Seattle are slowly inching to compete with the likes of Silicon […]

Read More
How to Become a WordPress Developer

Thirty-nine percent of websites are built on WordPress. WordPress development is one of the most interesting job roles in the web development sector and has the highest skill-to-pay ratio.  WordPress has played a very vital role in helping small businesses build their online presence by showcasing their brand on a digital platform. Sound interesting? Let’s discuss how you can acquire […]