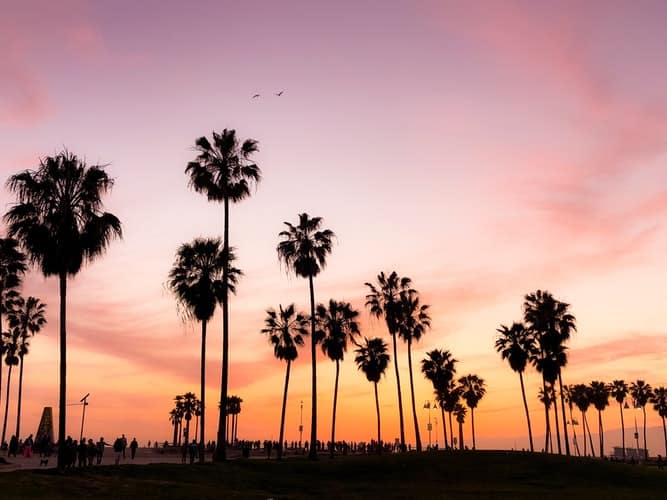 Often thought about as second to neighboring area Silicon Valley, Los Angeles is a major technical hub in its own right. With both startups and corporate companies alike trading the crowded area of Silicon Valley for the sandy beaches of Los Angeles, the city is shaping up to be a major contender with other tech cities of the West.

With so many great companies calling the city home, how do we discern the best from the best? Which cities make the cut? In order to decide this, we’ll need to take a step back and establish a few facts. What makes a good company? No, what makes a great company? We’ll find the answer to this question and more as we breakdown the best tech companies in Los Angeles, California.

All About LA’s Tech Scene

The city of Los Angeles is currently home to one of the highest valued industry mergers in the world. Of course, we’re talking about the merging of technology and entertainment. All the animations and special effects you see in movies, including the cameras and equipment it took to film it, are all a small part of the major integration of technology and entertainment in LA.

Let’s get down to the fun part—show us the numbers!

From 2016 to 2017, tech job availability in Los Angeles increased by 14.6%. The average salary for a tech worker in Los Angeles is around $104,000 per year. As of 2018, there were an estimated 140,000 tech employees in the Los Angeles area, which is the third-largest pool of tech workers in the United States.

Again, it’s important to note that the “tech employee” value is only referring to those employed at traditionally technical companies and does not account for the hundreds of thousands of technology workers in Hollywood and other merger industries.

Now that we’ve gotten some background on the ways that LA’s tech scene is prospering, let’s take a look at specific companies. In order to make this a bit more organized, we’ve broken these listings down into two categories: major corporations and startups. Here are the best tech companies in Los Angeles, California!

If you haven’t heard of this one, look no further than your web browser! Aside from being one of the biggest companies in the tech world and beyond, Google is also hailed as one of the best companies in the world to work for. From famous perks to major salaries, almost everyone in the industry either wants to work for Google or already does! As of 2019, Google recently acquired a third campus in the Los Angeles area.

Google is known for the fantastic benefits that it offers its employees, which include:

The major streaming services have been on a winning streak lately and are continuing to take both the entertainment and tech industries by storm. Churning our original content to rival other streaming industry veterans, Hulu is continuing to acquire talent at lightning speed. The company currently occupies a 90,000 square foot space in trendy Santa Monica.

Workers at Hulu get to enjoy great benefits, including:

The popular social media app has continued to garner support as it’s app Snapchat has become one of the most popular apps used by Millenials and Gen Z’ers. The company boasts a spread of offices in the Santa Monica area. Snap Inc.’s other brands include Bitmoji and Spectacles.

Snap Inc. offers a generous benefits package. They offer health, dental, and vision coverage, as well as a 401k plan, compensation packages, and financial education. But Snap Inc.’s benefits don’t end here. Just a few of the company’s other enticing benefits include:

As a subsidiary of Google, it should come as no surprise that Youtube is currently prospering. From breaking into the streaming industry and creating its original content to a continued influx of content creators, Youtube is one of the biggest media companies in the world. The company has recently been making use of old airports in the Playa Vista area, by converting them into creative areas where content creators can film videos and collaborate together.

Founded in 2002 by Tesla CEO Elon Musk, Space X is one of the biggest private aerospace manufacturers in the United States. Headquartered in Hawthorne, California ( a mere 20 minutes from Los Angeles), the company has grown to over 7,000 employees as of 2019. Specializing in manufacturing and designing machinery needed for space transportation, the company is highly profitable, with an estimated $4.2 billion in contracts from NASA alone.

The tech giant also boasts one of the most competitive software engineer salaries in the tech industry. An impressive salary isn’t the only draw to this company, however. Other perks and benefits include:

Hailed as one of the city’s hottest startups of 2014, the company has grown to acquire some major media companies along its 5-year journey to the top. Prodege is the parent company of Swagbucks, MyPoints, Shop at Home, and My Gift Card Plus. In addition to working with their network of companies, Prodege also works with companies to provide marketing solutions and insights to the Adtech world.

Some of its perks and benefits include:

Since its debut in 2012, the mediation app has taken the startup community by storm and has raised over $30 million in funding. The company went on to obtain a total valuation of $250 million in 2017 alone. Hailing from a background of teaching and being an author, CEO Andy Puddicombe successfully broke into the tech industry and has since grown the app to over 31 million users worldwide.

Some of the perks of working at Headspace’s include:

Wevr is a perfect example of the merging of the entertainment and tech industries. The Venice based company works with VR technology to make seamlessly immersive films. Founded in 2010, the company raised over $25 million in funding. The company has worked tirelessly to produce films both big and small. In 2016, Wevr worked to integrate its systems for third party content creators.

Wevr offers great perks to its employees–it even offers beer on tap!

TaskUs, founded in 2008, is a customer support business that puts its employees at the forefront of their priorities. The company not only pulled through the depths of the financial crisis of 2008 but also went on to earn a valuation worth over $500 million in 2018. The company wishes to iterate customer service experience with tech and offers AI training and unique support options.

TaskUs values its employees, exhibited through its great benefits. TaskUs employees get to enjoy:

Dave Inc. is a product built to help customers outsmart and prevent bank overdraft fees. For only $1 per month, the subscription service allows users to budget in advance and warns of overspending to prevent any overdrafts. The company has raised over $25 million, including from major investor Mark Cuban. The company is currently located in trendy Mid City, Los Angeles.

Dave Inc. offers generous salaries and equity compensation packages, as well as a variety of perks and benefits. Some of the great perks that Dave Inc. employees enjoy include:

With startups and major corporations all vying for a slice of Los Angeles prospering tech industry, it’s no surprise that the city of Los Angeles’ tech scene is growing at lightning speeds. With consistent job growth each year and a continued influx of new companies, it’s safe to say that the tech industry of LA is only going up from here.

The merging of the entertainment and tech industries isn’t something new. What’s changing is the way we think about the integration of tech with other industries. The next time we see a movie, maybe we’ll marvel at the special effects to cinematography as much as the actors. As the entertainment industry becomes more and more independent on tech-minded individuals, inevitably more job opportunities and payouts will make their way to both tech and entertainment industry hopefuls in the Los Angeles area.

What’s that mean for you? If you’re from Los Angeles or are considering relocating to the sunny streets of LA, it’s important to recognize that the tech scene has merged outside of industry lines. When looking for employment in LA, if you’re willing to branch outside your comfort zone, you could find yourself in fun and fulfilling roles you never would’ve thought about before. The biggest advantages you could give yourself in the Los Angeles tech scene are to develop a work ethic and learn to try new things. Be able to adapt, and you’ll be climbing the ranks of both Los Angeles industries in no time!

There are lots of exciting tech fields ready to welcome new workers, and many of those jobs, coding among them, pay great salaries and offer challenges and intellectual stimulation. You’re sure to find coding bootcamps online, all offering you training and career assistance. The sheer amount of selection available can sometimes feel overwhelming when you want to get your education […]

Read More
How Long Does It Take to Learn to Code?

With code becoming the language of the modern world, learning how to write code has become an essential skill. And the job market reflects this demand. So, what do you need to start learning, and how long does it take to learn to code?  In recent years, artificial intelligence, software engineering, and data science roles have topped LinkedIn’s Emerging Jobs […]

Read More
What Programming Language Should I Learn?

If you are new to the tech industry, then one of the first decisions you need to make is where to start.  Traditionally, the first step would be to learn how to code, and there are a plethora of programming languages to discover. That leaves the question, what programming language should I learn first? Each coding language is unique with […]