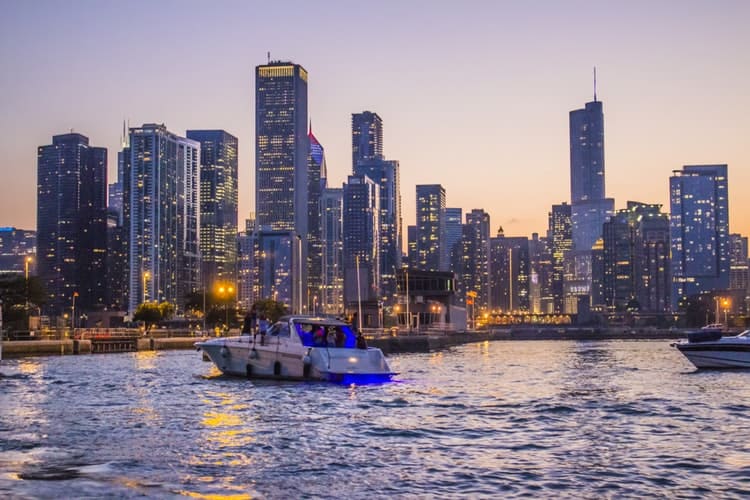 When you first think of Chicago, you may think of busy streets and deep-dish pizza. While you’re absolutely right, the Windy City brings much more than this to the table. Chicago offers beautiful views of Lake Michigan along with a bustling tech industry. The city is packed to the brim with corporations and startups, all working to make the city’s economy stronger than ever before.

With so many unique businesses in the Chicago area, how do we decide which companies are the best? What even makes a good company to begin with? We’ll break down all these questions and more as we scour the streets of the Windy City for the best companies around.

Tracing back to its industrial roots, the city of Chicago has long been a city of innovation. From major corporations to startups, everyone is flocking to the technological hub of the Midwest for a chance to cash in on the city’s booming economy. Tech made its mark on the city for some time with major integrations in the financial and medical industries. Just how successful is Chicago’s economy? Let’s take a look at the data.

The Chicago tech scene experienced growth in over 6,000 more available jobs this year alone. The current salary for tech workers in Chicago was around $82,000 in 2019, but salaries vary widely. The Chicago metro area currently has the sixth-largest pool of tech workers in America, with around 166,000 employees residing and working in the area. Chicago is also the sixth-highest STEM degree producing city with 7,400 graduates in 2018 alone.

It’s estimated that the minimum salary required to live comfortably in the city of Chicago is around $68,000 per year (which is up 10% over the last five years). The median home value in Chicago is $242,000, and the city was still ranked as the 14th most expensive place to live in the U.S.

Chicago is home to several major corporations and numerous growing startups. You may be surprised by the companies that call Chicago home. Here, we’ll go over the biggest (and best) tech companies in Chicago and the surrounding areas.

Known as one of the largest airplane manufacturers in the world, Boeing’s headquarters rests in the Windy City of Chicago. The company elected to move its headquarters from Seattle to Chicago in 2001. Today, the company occupies a 36-floor skyscraper located near in the western part of the city. The company currently employs over 150,000 employees worldwide, a large portion of which work at its primary manufacturing plant in Seattle.

This online coupon site changed the way we pay for experiences. The Chicago-based company is currently valued at $2.4 billion. While a major player in the Chicago area, the company has actually had a string of losses over the last few years and is reportedly looking for a buyer.

The major credit reporting agency is an integral part of the lives of millions of Americans. Based in Chicago, the company was purchased by Goldman Sachs in 2012 for $3 billion. TransUnion is the smallest of the three major credit unions. However, the company still garnered a little under $2 billion in revenue in 2017 alone.

Cars.com is a leading digital marketplace for the automotive industry that connects buyers with car sellers. Launched in 1998, the Chicago based company saw revenues of over $168 million in 2018.

The online food delivery service is one of the biggest players in the food delivery industry across the United States and beyond. As of 2019, GrubHub had over 20 million users and 115,000 partnered restaurants. The company charges both restaurants and users per transaction and has racked in a total of $325 million in 2019 alone.

Raise is a major online retailer with the most online gift card sales in the world. The company offers users a place to buy and sell discounted gift cards on a unique marketplace. Since launching in 2013, the company served over $150 million customers and acquired over $147 million in funding.

Home Chef was hailed as one of the fastest-growing startups of 2018. A major player in the meal kit delivery service market, Home Chef is looking to rival competitors with low prices and high-quality ingredients. In 2017, the company delivered over 10 million meals and earned over $255 million in revenue.

VillageMD is a leading provider of healthcare for organizations with a physician-led, high value model. The company provides a variety of technical and staffing support to help physicians obtain the highest quality clinical results possible. The company works to improve quality throughout the healthcare system and improve the patient experience. Founded in 2013, the company has received over $216 million in funding.

Officially founded in 2014, this company’s services span the United States. Edge Logistics works to handle the details of transporting customer’s freight, booking trucks, and tracking shipments. The company has experienced a three-year growth rate of 463%, earning over $46.6 million in 2018.

Chicago is absolutely the biggest tech hub of the Midwest. The city is a major hub of innovation that transcends industry lines. From factories and heavy industry to computers, Chicago’s history of technological growth is nearly unparalleled. The continuous influx of jobs into the city will bring additional opportunities for great workplace perks and salary options.

Chicago is a highly unique and technologically driven city. A large contributor to regional growth Chicago’s FinTech scene. With the Chicago stock exchange and a major concentration of the nation’s biggest banks, Chicago has been a financial hub for a long time. The integration of tech within this industry has been highly profitable for the city.

What does this all mean for you? For starters, if you plan to place your roots in the Windy City, it’s important to keep an open mind. As the tech industry evolves, adaptability could mean serious payouts for you! If you break into the industry with an open mind, you might end up with a dream job you never knew existed.

The years 2020 and 2021 will go down in history as the period of the COVID-19 pandemic. What didn’t make the news, but will also affect many lives in the long run, is what Security magazine calls the “cybercrime pandemic”.  According to the magazine, the US Federal Trade Commission received 1.4 million reports of identity theft in 2020, double the […]

Ever since the pandemic hit and completely rattled the way the world functions, our norms and lifestyles have changed entirely.  Just like everything else, the education system has also seen a 180-degree flip in order to adapt to the new normal.  Distant learning through online teaching was the only form of education that was available to learners across the globe for […]

There’s a lot of important information out there, but only so much time to convey it. If you want someone to understand your data, you should learn data visualization. Data visualization can help you present your data in an effective, aesthetically pleasing way. This method is used in almost every industry, including business and tech. This makes it a vital […]